Houston Astros Relying on Justin Verlander to Save Their Season 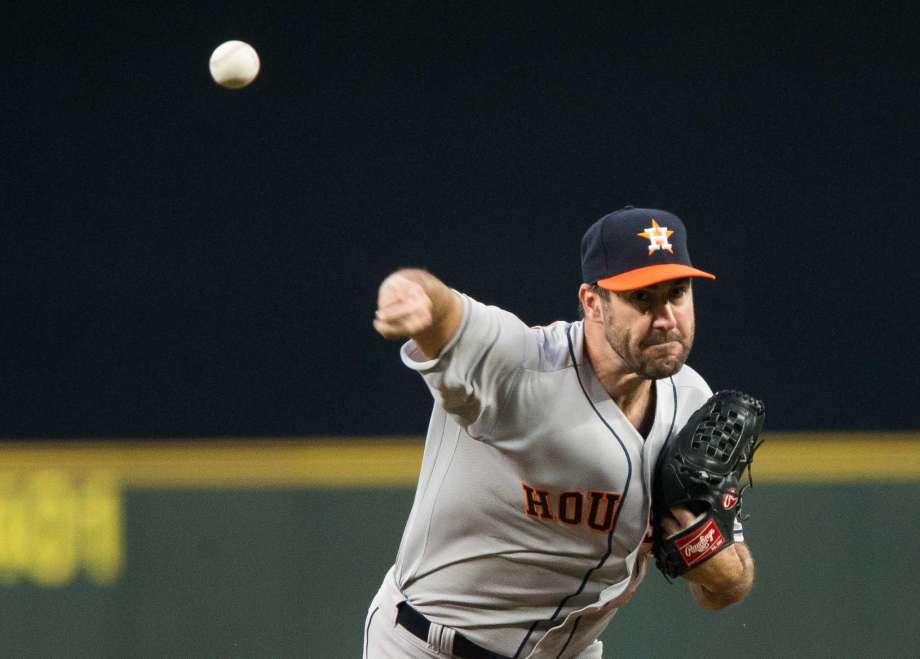 Justin Verlander shut down the New York Yankees in 2012 during the American League Championship Series when he pitched for the Detroit Tigers. At the time, he was the reigning AL Cy Young Award and MVP holder.

Things have changed much since then, but Verlander is once again pitching in the ALCS against the Yankees, but this time trying to save the fading hopes of a World Series trip by his new team the Houston Astros.

After opening the ALCS with two straight wins by scores of 2-1, with Verlander pitching a complete game in Game 2, Houston was swept by the Yankees in three straight games in New York, while being outscored 19-5.

The average for the ALCS in runs is 1.8 per game and over three runs less than their 5.5 runs per game they averaged during the regular season, which led all of baseball.

Unless the Astros are able to awaken their bats against Luis Severino the hard throwing right-hander for the Yankees on Friday in Game 6 in Houston, the Astros will need another gem thrown by Verlander.

Verlander said that he knows this was the big reason he was brought to Houston and he teammates are expecting a great game from him, and he is expecting a lot out of himself as well.

In eight starts during the postseason prior to his 2012 game against the Yankees, Verlander’s ERA was 5.57. However, from 2012 onwards his ERA is just 1.82 in 11 postseason starts, with the only poor outing in Game 1 of the World Series in 2012, when Pablo Sandoval hit two home runs off the right-hander for the San Francisco Giants.

Verlander has pitched well since joining the Astros August 31. He had to waive a no-trade clause in his contract with the Tigers and left the only team he had played for the first 13 years of his career.

In September, Verlander was 5-0 with an ERA of 1.06 for the Astros and has been victorious in each of his three playoff appearances for Houston, with one being in relief.

Verlander’s complete game last weekend was the first for any pitcher during the postseason, and his two starts that reached a minimum of six innings put him into a group of just three including Stephen Strasburg and Masahiro Tanaka.

Including the postseason, Verlander has 23 starts against the Yankees during his career.