PED Use Cost Alex Rodriguez Millions and His Reputation 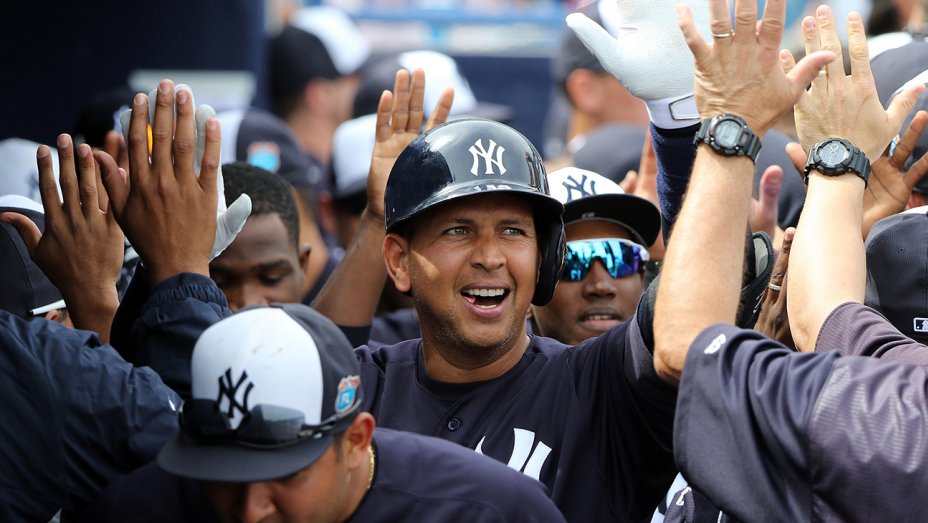 Former Major League Baseball star Alex Rodriguez said that his admission of using steroid during his MLB career that spanned 23 seasons, cost him millions of dollars and likely a spot in the Hall of Fame.

However, his desire to put big numbers on the stat sheet and his chronic pain from his hip, applied pressure to Rodriguez forcing him to use performance-enhancing drugs.

In an interview with Joe Buck, Rodriguez said that when he looks back at the time he took the PEDs many things are frustrating. The biggest is a guaranteed contract with a value of hundreds of millions of dollars and he could have not applied himself but did.

However, he did so by using PEDs and he estimates that it cost him at least $40 million and his reputation as well as a spot in Cooperstown and more.

The former All-Star shortstop said he spends restless night and will continue to do so thinking about how he had put himself into that situation that saw him receive a full year suspension in 2014.

He said that he often wondered during the middle of a sleepless night how he could be the only person with pocket aces and still lose the hand.

Now with Fox Sports as an analyst, Rodriguez said he does not make any excuses related to his suspension.

He admits that the hardest thing for him to do was to tell Ella and Natasha, his daughters, the mistakes he made and that his former wife Cynthia Scurtis was a part of all that as she helped their daughters get through the initial shock.

Rodriguez, who started his career with the Seattle Mariners, before signing a record breaking contract with the Texas Rangers, only to move over to the New York Yankees where he ended his career, finished with 696 home runs and while with the Yankees, won the 2009 World Series.

Rodriguez will not be eligible for the Hall of Fame for three more years, and in all likelihood unless the opinions of those who vote for the Hall change, he will not be elected as players during the so-called “steroids era” such as Sammy Sosa, Mark McGwire, Barry Bonds and others have not been voted into the Hall.