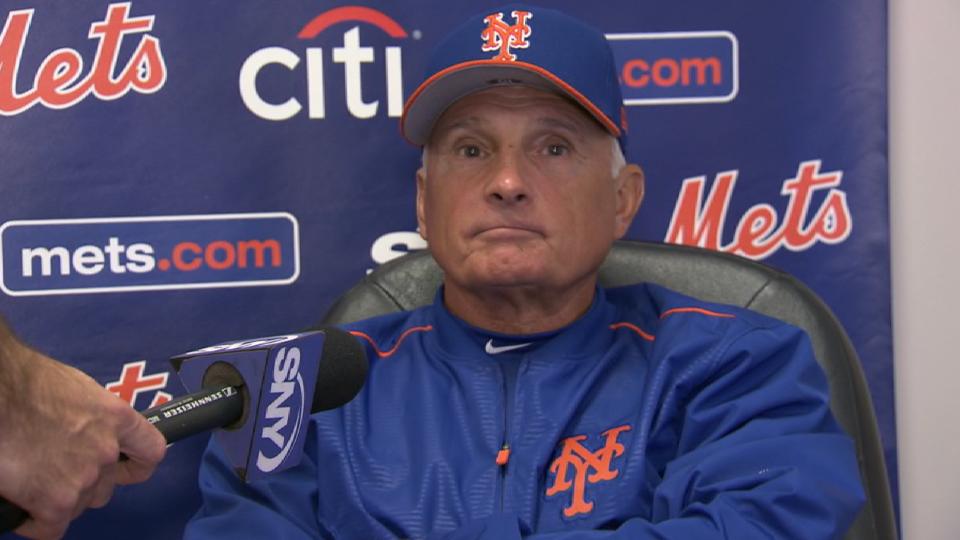 Veteran David Wright said he would not stand for cowardly action taken by his teammates on the New York Mets who anonymously ripped manager Terry Collins in a Newsday article published on Friday.

That is a cowardly action, Wright told the media on Friday during an interview. He said he has been around Collins seven years and many of his teammates for several years, with some players going back to when they were in the minors.

He said he was not blindly defending every move Collins made the last seven seasons. Wright said everyone, including himself, have made mistakes and done things that in hindsight maybe were not the best decisions.

However, Wright said that Collins’ office is just 10 feet from the player’s clubhouse and if he ever had problems or other players had any issues they could walk right into his office, sit down and talk man-to-man about it.

For a major league baseball player not to include his name on quotes that bash Collins, who has had good success for taking the team to the postseason two straight years, is lazy and cowardly.

The Mets injured third baseman said that Collins in just 10 feet away and the door is open to gripe and complain as Collins has always treated players like the men we are and adults.

Wright is known very being a vocal supporter of the Mets manager, but as is expected, not every teammate feels the way he does. Collins is most likely managing his final two games for the Mets over the weekend, and several Mets players criticized him to Newsday anonymously.

One of the players told Newsday that it had been difficult to communicate with Collins and called out his strategy during games.

Another player reportedly said ‘we all are miserable,” and yet another said that the feeling was the inmates were running the asylum.

Wright for most of the season has not been with the team since he was injured and trying to rehab a shoulder. However, he disagreed with the claim that Collins had lost control of the clubhouse. He repeatedly said all those types of issues need to be taken care of internally.

However, one source recently said that Collins was not as good this season when it came to talking to his players daily, as he was in the past.

Wright knows that Collins is accountable for the poor play of the Mets, but said players needed to shoulder much of the blame as well, and examine why the team was a flop this season rather than placing on the blame on Collins.