Giancarlo Stanton Closing in on 60 Homers and NL MVP 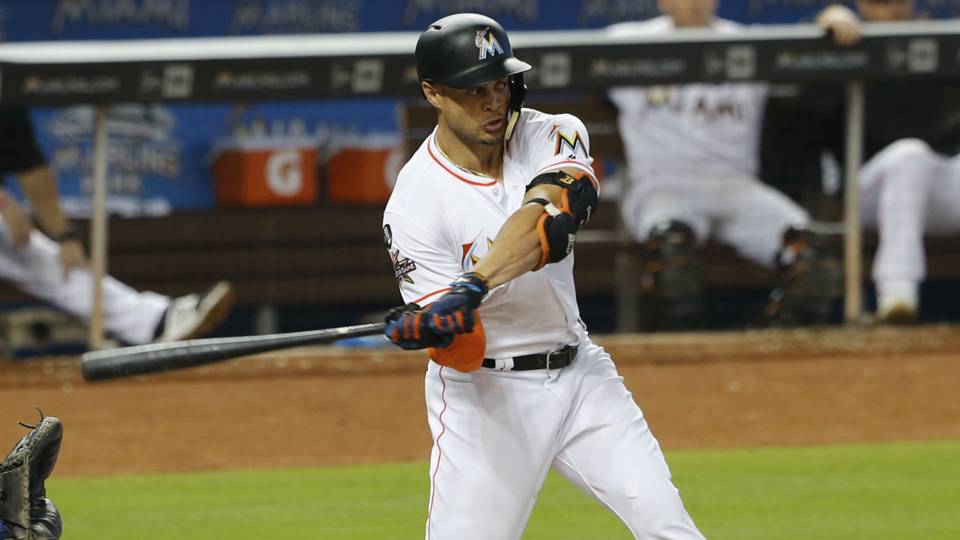 Miami Marlins slugger Giancarlo Stanton was homerless for three straight games the Marlins had this week at Coors Field, which is almost unheard of.

However, on Thursday night he crushed Nos. 58 and 59. No. 58 made him the first player since 2006 to reach the 58 home run plateau when the Philadelphia Phillies’ Ryan Howard did so.

That season Howard had a very good chance of reaching 60, as he was on 56 after 141 games had been played, but only hit two more over the final 21 games. He did have 14 intentional walks and batted .328 during those final 21 games so he did not go into any slump by any standard.

Many are now asking the question if Stanton could be given the NL MVP for his home run efforts this season. Of the seven, Alex Rodriguez was the only one who played for a losing team, which might hurt Stanton’s chances.

In addition, there are a number of strong candidates this season including Arizona’s Paul Goldschmidt, Cincinnati’s Joey Votto, Colorado’s Charlie Blackmon and Nolan Arenado.

This is the first race for NL MVP that does not have any real clear favorite in many years.

However, with Stanton bashing two on Thursday and having three games left to reach 60 or more, his chances have greatly increased to be named the NL MVP at season’s end.

He has the opportunity this weekend to tie the 60 hit by Babe Ruth and the 61 hit by Roger Maris. He will face Atlanta’s Luiz Gohara on Friday, Lucas Sims Saturday and Mex Fried on Sunday.

Marlins Park is notoriously a hard home run park, ranking No. 25 out of 30 in home run parks in the majors but he has 31 at home this season and 28 on the road.

Of course, playing in the NL East has helped, since teams like Atlanta, Philadelphia and the New York Mets are all in the bottom half for NL pitching.

If Thursday was any sign, it appears that Stanton may be headed for a surge in power and if pitched to could hit a few more over the final weekend of the season. Sixty home runs look likely, but tying Maris at 61 looks like a solid bet, if you are the betting type.