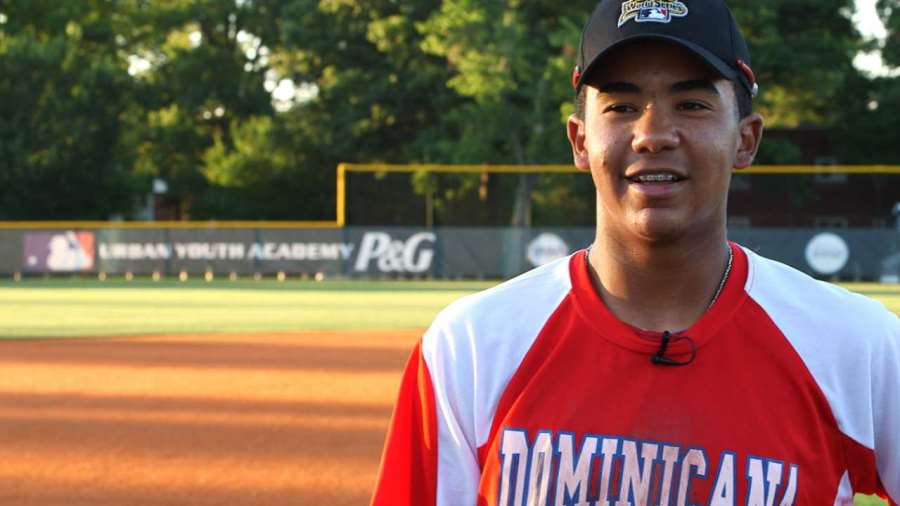 One source close to the signing, said Martinez was given a signing bonus of over $750,000, as well as student fees, for signing his minor league deal with Detroit.

This announcement was made during a press conference in Santo Domingo, the capital of the Dominican Republic, with Martinez and his parents and Tom Moore, the Detroit Tigers’ director of international operations.

Martinez said the signing was a dream come true as he has always wanted to be a pro baseball player and carry on the Martinez dynasty. He added that being the son of Pedro Martinez and two uncles who played in the majors did not have extra pressure, it was motivation for him. Now, he added, he can focus on his career and try making a name for himself.

Unlike father Pedro and uncles Jesus and Ramon Martinez, who all were pitchers, the prospect, who is just 17, plays third base and scouts have said he played solid defense and can hit for power.

Moore at the conference said that obviously the kid has a great work ethic, a high education level, and physical talent, but he is also Pedro Martinez’s son.

The elder Martinez expressed pride in this son and said he wanted his son’s advancement into pro baseball to come on just one condition: that the club that he signed with allows him to complete high school, which the Tigers organization accepted without hesitation.

He added that Detroit understood how beneficial it was for his son to complete high school.

The younger Martinez has just started his last year of school in the Caribbean island nation.

Detroit’s plan for Martinez is that he report to the baseball academy of the Tigers in the Dominican Republic and have additional time to complete homework. He will then be focusing entirely on his baseball career after graduating in early 2018.

The older Martinez won a pair of Cy Young Awards while pitching for the Boston Red Sox, as well as one while with the Montreal Expos. He was inducted in 2015 into the Baseball Hall of Fame.

He told the press that he was a very proud father and very happy for his son and wanted to thank God for allowing the legacy of the Martinez family to continue in baseball.