Twins Closing in on First Postseason Appearance in Seven Years 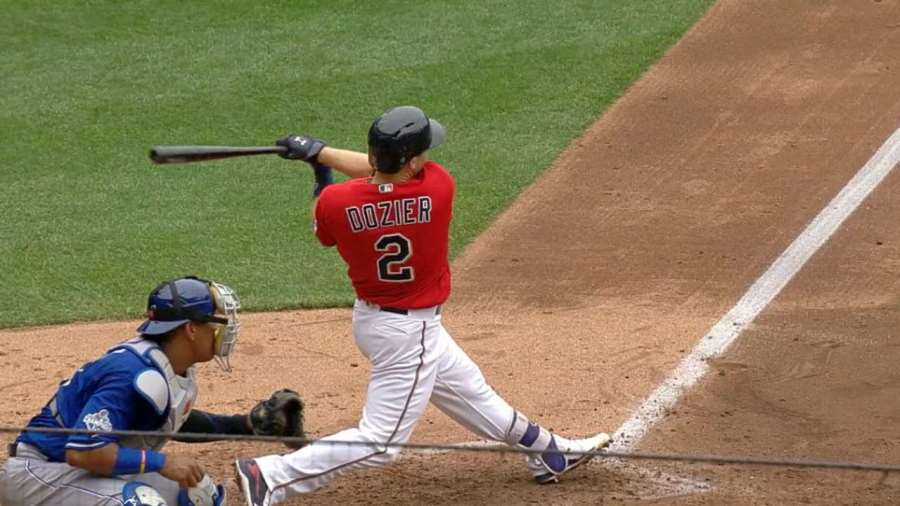 When the home run hit by Brian Dozier cleared the wall in right field, the dugout for the Minnesota Twins burst into celebration as players bounced off one another.

The Twins are only one win away from reaching the playoffs.

The three-run homer by Dozier in the eighth inning has pushed the Twins to the brink of their first postseason appearance since 2017 as manager Paul Molitor used 10 pitchers and his players rallied to win 8-6 over Cleveland Tuesday night, which was just the Indians third loss in their last 32 games.

Dozier hit home run No. 33 against Cleveland reliever Bryan Shaw, as Minnesota, a team that lost 103 games in 2016, reduced its magic number to just one for reaching the playoffs.

After rounding first base following his home run, Dozier made a fist pump. He said following the game, that he could not wait to round the bases and return to his dugout and celebrate with his teammates.

Minnesota has come from behind to win 38 games this season and that is a symbol of the stunning reversal of fortunes for the franchise.

The first trip for the Twins to the postseason in seven years must wait another day at least, as the Angels were able to beat the White Sox.

Even with the loss, the Indians are 29-3 over their past 32 games, which is the best in baseball since the New York Yankees did the same back in 1947.

In addition to reaching the postseason for only the first time in the last seven years, Minnesota is close to becoming the first major league baseball team to lose 100 or more games one season and reach the playoffs the next.

Minnesota seeks to become only the 13th team, and just the first dating back to 2009 to go from a season of 100 or more losses to a winning record the next season.

Miguel Sano the Twins third baseman and at times DH, is not likely to play in the wildcard game next week if Minnesota makes it. He has now missed 36 games due to a shin injury.