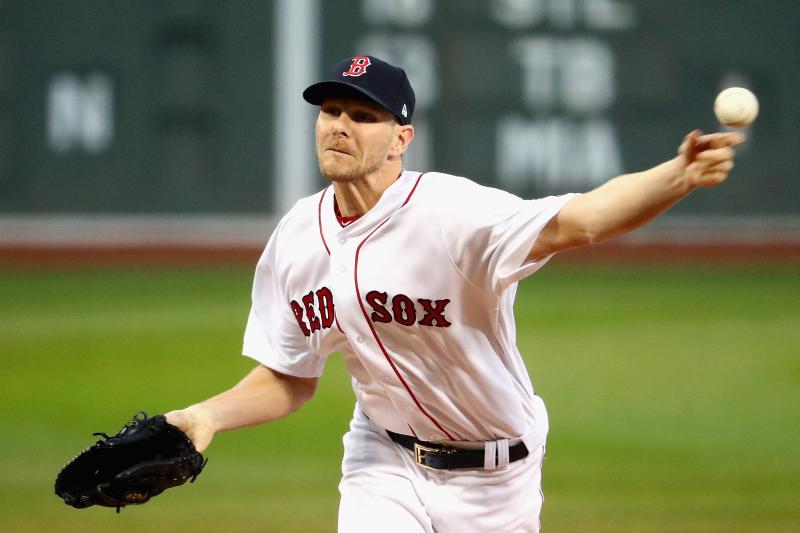 Boston Red Sox ace Chris Sale will not get extra rest later this season that he is enjoying now especially since the Red Sox have three series remaining against American League East rivals the New York Yankees.

Boston is carefully monitoring the innings their ace pitches so he will be fresh for the season’s stretch run. Following a rainout on Wednesday, Red Sox manager John Farrell announced that each of the starters for Boston would be pushed back another day, which means Sale will not pitch against the Chicago White Sox his former team.

In addition, because Boston does not play on Monday, Sale will have six days rest prior to starting Tuesday night in Tampa Bay.

Farrell said that Sale would remain on his regular turn over the next few turns to assure that he starts in one game during each of the three remaining series Boston has with the Yankees including on August 13 in New York.

He then would pitch against New York August 19 in Boston and September 3 back at Yankee Stadium.

Boston and New York are in a tight race for the AL East title, with the Red Sox holding a two-game lead as of Friday morning.

Farrell said looking ahead, that there were three series with the Yankees and Sale is scheduled to pitch in each one of the three. The rest, said Farrell, can be balanced out, and that is what made the extra days this week so important.

Throughout his Major League Baseball career, Sale has dominated New York posting an ERA of 1.17 in 9 starts and 12 appearances. He has pitched twice against the Yankees this season, allowing two earned runs while striking out 23 in his 15 2/3 innings of work.

Sale currently leads the AL in strikeouts with 216 and in ERA at 2.70. He is also tied with Jason Vargas of the Kansas City Royals in wins with 13. However, he has thrown 153 innings, which is more than any pitcher in the majors.

Boston could have used an additional day off to their advantage August 10 to give their ace another day of extra rest, but that would cause the southpaw to miss the series in New York next weekend.