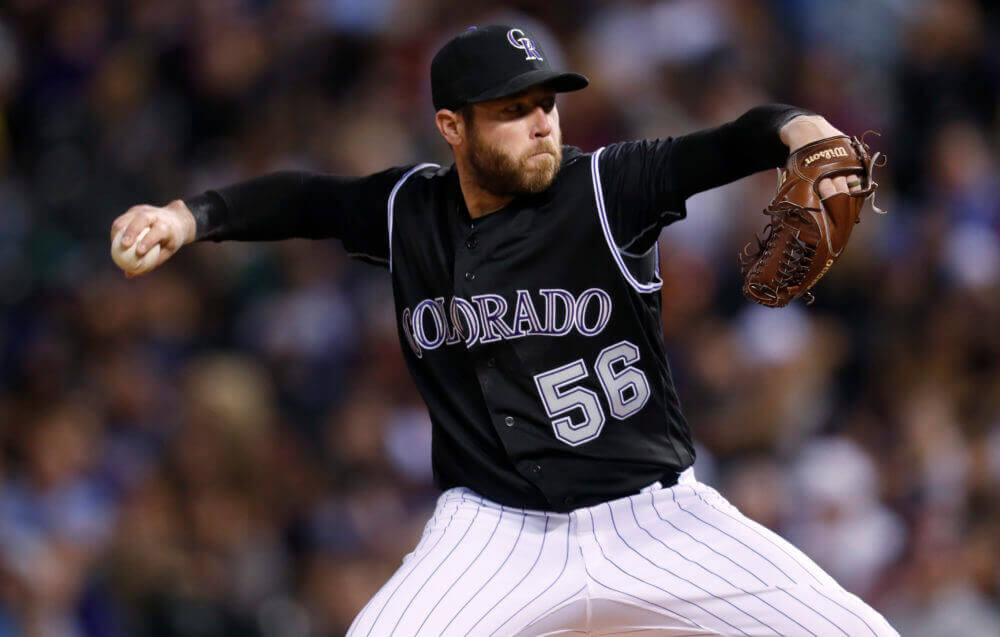 Greg Holland has had a great bounce-back season as the Colorado Rockies closer, but that was put on pause this week thanks to one of his kitchen knives.

Holland leads Major League Baseball in saves with 33, but cut the index finger of his right hand, which is his throwing hand, during a mishap in his kitchen this week. Holland is currently listed by the Rockies on their injury report as day-to-day, said team manager Bud Black on Wednesday night.

Black said Holland tried to pitch on Tuesday night, as he warmed up in the bullpen but the cut was too much and now Holland and the team must just want for the cut to heal itself.

Holland was signed by Colorado to a $7 million one-year deal after he missed the entire 2016 season due to Tommy John surgery. Holland, at 31, is having the best season of his major league career.

The Rockies closer has not only converted on 33 of his 34 save opportunities but he has 50 strikeouts in his 38 1/3 inning of work, an ERA of 1.64 and a WHIP of 1.04. Holland’s almost perfect work as Colorado’s closer, has helped the Rockies to remain tied for the wildcard lead in the National League.

The only other relievers for the Rockies this season with saves are Jake McGee and Chris Rusin with one apiece.

Holland between 2013 and 2015 posted 125 saves for the Kansas City Royals prior to injuring his elbow.

Colorado has not only been hit with the injury to Holland. Outfielder David Dahl, who to date has not appeared all season for Colorado, due to a rib injury during spring training, was taken out of a Triple-A Albuquerque game July 31 following his third time at bat.

The following day he did not appear in the lineup and Rockies manager Black said Dahl would be put back on the disabled list. Black said the injury was back related.

Dahl, prior to his injury, was batting .243 in Triple-A and overall .260 during his rehab in the minors that started July 12.

Last season Dahl was called on July 25 and played for Colorado in 63 games with a .315 batting average. He started his major league career with a hitting streak of 17 straight games that tied a record in the majors to being a career.