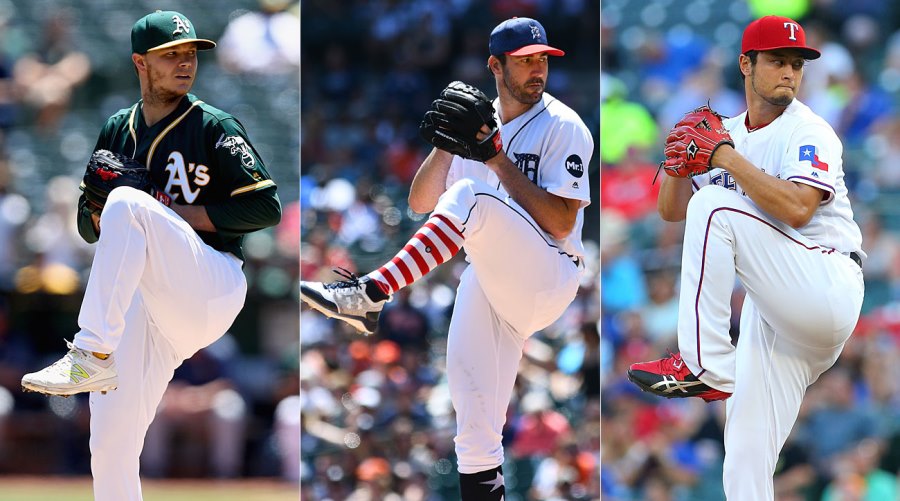 Trade Rumors in Major League Baseball are continuing to heat up with three high-profile pitchers expected to change clubs between now and Monday’s trade deadline.

While pitchers both starters and relievers are no stranger to the trade deadline bedlam, seeing three pitchers with the talent of Sonny Gray, Yu Darvish and Justin Verlander is uncommon.

With important weekend games on the schedule this is the latest round of trade rumors for the three pitchers.

The Yankees are interested but the Oakland asking price might be too high. However, if a deal gets done it might be without prospects in Triple-A. However, both Houston and Milwaukee are also in the running.

Houston is the team that needs a frontline starter the most with Dallas Keuchel and Lance McCullers at one two, there is a big hole afterwards. However, the Yankees will likely land the starter from the A’s as they have more to offer.

There is no certainty that Darvish will waive the no-trade clause he has to go to a team such as the Chicago Cubs or Cleveland Indians, even though both would like him.

However, it appears that if Darvish is moved by the Rangers it will be to the Los Angeles Dodgers, with the Boston Red Sox another possibility since they just put starter David Price on the 10-day disabled list and his return is unknown.

The Dodgers have Kershaw on their DL and he will be out another month, so taking Darvish in a deal makes sense and they have a load of prospects to get the trade done.

If Kershaw gets back to full strength a rotation of Kershaw – Darvish – Wood would be very hard to beat come the postseason.

The Dodgers were also linked to this trade but currently are more focused on Yu Darvish and even Sonny Gray.

Many baseball pundits see Verlander staying in Detroit. He is earning loads of money, is top of any rotation in baseball and it would not be easy for any team to take the amount of money he has left coming to him at $56 million with a vesting option of $22 million during 2020.

In addition, a number of prospects would be lost for a 34-year veteran who has thrown a great deal of innings during his career.