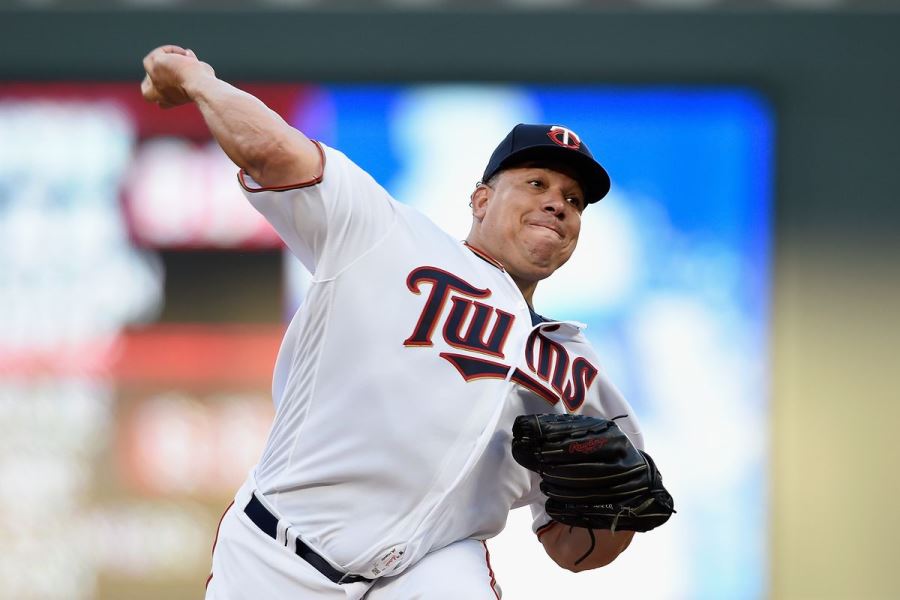 Bartolo Colon, who is 44, is thinking about retiring from baseball. The Minnesota Twins veteran pitcher said that his upcoming start where he will face the Los Angeles Dodgers could help him determine his future in baseball

The pitcher said that while he remains grateful the Twins gave him the opportunity to be in their starting rotation, his poor results this year have made him consider retiring.

The only thing that has kept Colon on the pitching mound for a major league baseball team is a promise to his mother that he made before she died in August of 2014 when he played for the New York Mets.

He said that now there is no other job he can do but play baseball and he wanted to continue because he promised his mother that he would play until he was 45.

However, Colon said that he might not be able to keep his promise. Colon, who is 2-9 on the season, gave up eight hits and four runs over four innings versus the New York Yankees Wednesday night. He is Minnesota’s 11th starter and 28th pitcher during 2017.

The veteran hurler stressed that trying to make it to the benchmark set by Juan Marichal the Hall of Famer of 243 wins, which is the most by any pitcher from the Dominican Republic will not determine if his stays or retires.

At this time, Colon has 235 wins over his two plus decades pitching in the majors. He said that he did not put that type of pressure on himself, but he does have things always on his mind, but talks a great deal with his father and his wife and tells them it might be enough and time to step away from the game.

But his father and wife tell him always that it is his decision and whatever he decides they will support him.

Paul Molitor the manager of the Twins said he expects fully that Colon will make his upcoming start against Los Angeles on Monday.

Atlanta signed Colon last offseason to a $12.5 million one-year deal, but then designated him for assignment when he started the season 2-8 with an ERA of 8.14 over 13 starts.

Following his short outing on Tuesday, when he became the oldest ever pitcher to start for Minnesota in the history of the franchise, his ERA moved up to 8.19.

He was given a standing ovation by Twins fans when he started the game.