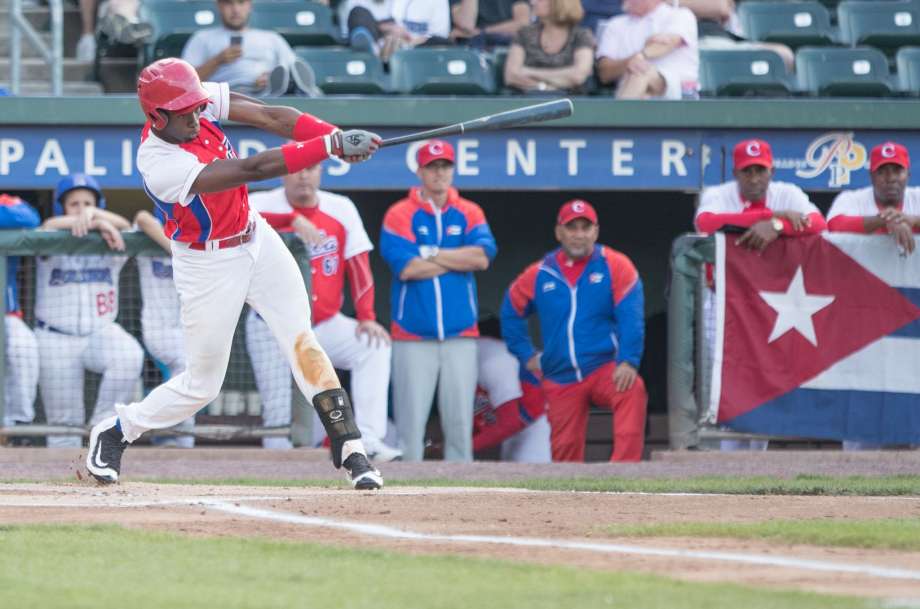 Cuba’s top prospect is getting closer to the fulfillment of his dream to play Major League Baseball.

Luis Robert, who is 19, is the top outfield prospect from Cuba and on Thursday Major League Baseball declared him a free agent, says a source close to the situation. On May 20, Robert will become eligible to sign a contract with any big league baseball team.

Considered by most the No. 2 prospect amongst international players behind just Shohei Ohtani the phenom from Japan, the 6-foot-3 Robert is a player with all around skill that scouts believe will be playing Major League Baseball quickly.

Robert, who bats right, is a center fielder known for his speed and power. One international scouting director for an American League team described Robert as the planet’s best player.

With what team Robert ends up signing and playing has not yet been determined. There is one thing certain however, the Oakland A’s, St. Louis Cardinals, San Diego Padres, Chicago White Sox, Houston Astros and Cincinnati Reds are amongst the MLB teams with much interest in the young talent.

The teenage top prospect has additional private workouts that are scheduled over the next couple of weeks and in May might put on another showcase open to all teams.

Because Robert, who now has residency in the country of Haiti, was cleared before June 15 to sign means a number of teams who had exceeded their bonus pool for 2016-17 were still in play to land a contract for his services.

The aforementioned list of teams must sign Robert prior to July 2 the start of the international signing period, because after that date, they are not allowed to sign any prospect for over $300,000 each. Robert will undoubtedly command a contract that is both multi-year and multimillion dollar.

Other teams such as the Angels, Cubs, Blue Jays, Diamondbacks, Dodgers, Red Sox, Rays, Yankees and Royals can only sign players for $300,000 until the July 2 international date and then could negotiate with Robert for a larger contract.

However, it is expected that Robert will sign his contract prior to July 2, effectively taking those teams out of the running for the Cuban.

A cap will be placed on every team in MLB of $4.75 million for international prospects beginning July 2 so he will likely sign before that.