Brandon Crawford Has Seven Hits in One Game to Tie Record 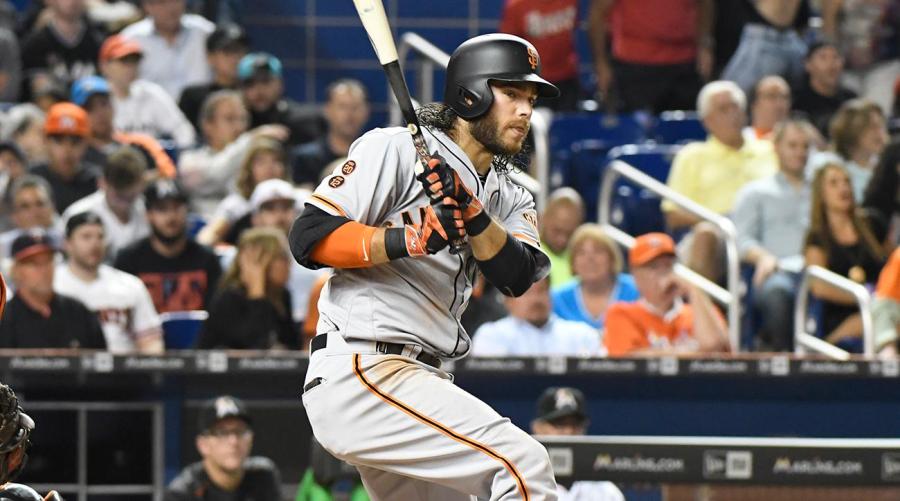 Brandon Crawford the starting shortstop for the San Francisco Giants had an historic performance during the Giants game on Monday against the Miami Marlins. San Francisco needed Crawford’s outstanding play as the game went 14 innings before the Giants finally won.

San Francisco was able to pull out a much needed win 8-7. Crawford was the hero of the night for the Giants as he drove in the winning run of the game in the top of the 14th inning thanks to his seventh hit of the game.

Yes, that is right, it is not a mistake, Crawford became the first MLB player since 1975 to have seven hits during one game. Rennie Stennett was the last to accomplish that feat and he did it in just 9 innings.

Only five players in baseball history have ever recorded seven hits in one game.

The all-time major league record for most hits in one game is 9 held by former Cleveland Indians star Johnny Burnett. He accomplished that feat during a game that lasted 18 innings in 1932 versus the Philadelphia Athletics.

Crawford did not just go to bat and spray singles all over the park. The shortstop, who is 29, besides five singles hit a double and triple, during the game.

In the 14th inning, it was Crawford’s fifth single of the night that was the deciding factor in the game. With Giants on first and second during the top half of the 14th inning, a single by Crawford to center drove in Brandon Belt from second and gave the lead to San Francisco 8-7.

In the bottom half of the 14th, the Marlins were kept from scoring by George Kontos. The win for San Francisco ensured that Crawford would be able to celebrate and enjoy his historic night in style.

The Giants are currently in a heated battle for first place in the National League West with the Los Angeles Dodgers.

San Francisco leads the Dodgers by just 1 game after each team has played 112 games. Sixty games remain to decide the NL West winner. San Francisco is 5-5 over its past 10 games, while Los Angeles is 6-4.

The Giants and Dodgers meet for three games starting August 23. Then again starting on September 19, the two meet for six games over a period of 12 days that could help to decide the NL West title unless one of the two teams starts to pull away.

$0.92 EPS Expected for The Timken Company This Quarter