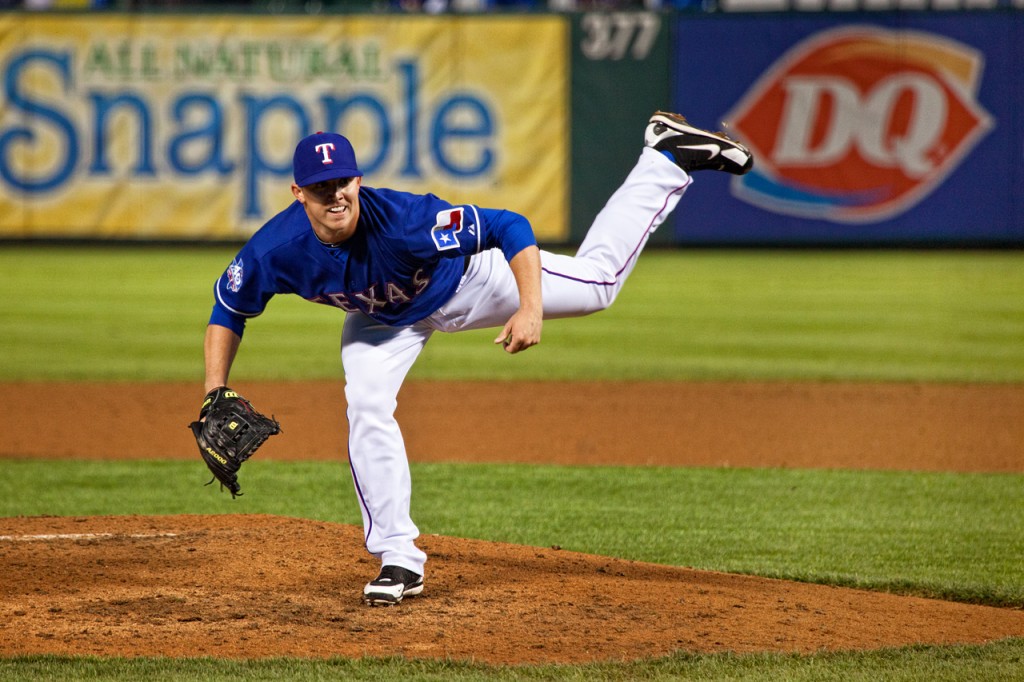 Desiring a power left-hander for their bullpen, the Boston Red Sox tapped into their pitching depth once again to acquire Robbie Ross from the Texas Rangers on Tuesday.

Red Sox general manager Ben Cherington told reporters in recent weeks that the club was searching for a reliever who could retire right-handers and record strikeouts. Though Ross is a left-hander, he limited right-handed hitters to a .211 in 2013, a season that saw him strikeout 8.4 batters per nine innings, walk 19 and post a 3.03 ERA and a 1.32 WHIP in 65 appearances and 62.1 innings.

Ross, who does have an option remaining, will compete with fellow lefties Drake Britton (who is out of options) and Tommy Layne (who logged a 0.95 ERA in 30 appearances for the Red Sox last season) for the final spot in Boston’s bullpen. Veteran left-hander Craig Breslow was re-signed and will likely join closer Koji Uehara and right-handers Junichi Tazawa, Edward Mujica, Anthony Varvaro and Workman in a pen that is stocked with relievers that induce an abundance of grounders.

The Red Sox hope that returning Ross to a full-time relief role will restore his velocity, which ranged from 94 to 96 out of the pen in 2013 but slipped to 92 to 94 last year when he split time between the rotation and the pen.

The Rangers believe that Ranaudo will bolster their rotation depth. He made his Major League debut with the Red Sox last year and finished with a 4-3 record, a 4.81 ERA and a 1.40 WHIP in seven starts totaling 39.1 innings. Command was an issue for the 6-foot-7, 230-pound Ranaudo. He issued 16 walks compared to 15 strikeouts. Yet Ranaudo does own a 2.67 ERA and a 1.22 WHIP to accompany a 17-5 record and 7.1 strikeouts per nine innings over 30 Triple-A appearances (including 29 starts).

In Texas, Ranaudo will contend for a back of the rotation spot. Yu Darvish, Derek Holland and Yovani Gallardo are projected to anchor the rotation while the Rangers hope that veteran right-hander Colby Lewis will regain his health and effectiveness. The No. 5 role will likely be occupied by free agent signee Ross Detwiler, 24-year-old right-hander Nick Martinez or Ranaudo.

Brokerages Anticipate CoreCivic, Inc. Will Announce Earnings of $0.41 Per Share