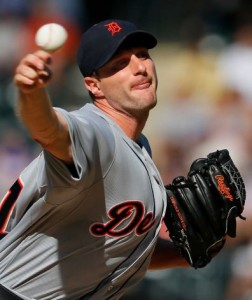 The Washington Nationals have their man, Max Scherzer.  Scott Boras has done it again.  Just when you thought Scherzer was going to be cooling his heels while everyone else was reporting to spring training, he signed a contract with a deferd cash deal that makes everyone happy.  Scherzer got his cash he was looking for and the Nats become even better while not blowing up their bank accounts right now.  Vegas has spoken and moved the Nats to the odds on favorite to win the 2015 World Series.

With the signing of Scherzer they have a horse they can lean on for years to come.  There is much chatter about moving Steven Strasburg and or Jordan Zimmerman, but I don’t think that makes any sense at all.  Scherzer’s deal is back loaded enough that there is no reason to dump any of the others in the rotation due to salary concerns and now the Nats can go 6 deep in starting pitchers just in case anyone lands on the DL.

Scherzer also keeps the window open for the Nats longer with his long term deal in case Zimmerman or Strasburg walk in the next few years.  As great as this signing is for the Nats, it raises some serious concerns for me if I am a Detroit Tigers fan.

The Detroit Tigers have been built for a World Series run for the past few years.  They spent the money, made the trades and have won the American League central four years in a row.  They are still the team to beat in the division even with the rebuilt Chicago White Sox, and the pennant winning Kansas City Royals.  For what ever reason a team that looks good on paper has not won the Fall Classic.

Little things have cost the Tigers, pitchers making fielding errors, closers that can’t close, bullpens blowing up, a team that can’t manufacture a run when you need them, or just the bad luck running into a red hot team has cost them in the playoffs.  One World Series appearance is what they have to show for all their hard work.

Listen most teams would love to have the run the Tigers have been on, but with the offensive firepower that the Tigers have and the starting pitching they have possessed, it seems like they have come up short.  Short term I still need to see improvement from the Detroit bullpen before I become a true believer after being fooled over and over again over the last four years.  Long term I see some troubles in the Tigers horizon. 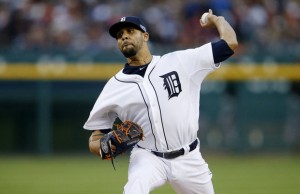 That’s why losing Max Scherzer raises all kinds of red flags on the future of the Tigers.  The Tigers had three Cy Young award winners on last seasons ball club and still came up short.  This year they still have a one two punch of Justin Verlander and David Price which most teams would give their left arm for that pair.

But what happens when the 2015 season ends and the Tigers don’t win the World Series?  David Price can walk via the free agent market and the Tigers go from a BIG THREE in 2014 to a BIG ONE in 2016.  The Tigers have Miguel Cabrera signed through 2023, Justin Verlander is locked up until 2013 and even Ian Kindler has three more years left on his deal.

The Tigers are a team like the Nats that are built to win RIGHT NOW, but if they don’t, will they become the New York Yankees in a few years, a team with aging stars with huge contracts hanging around their necks that mortgaged their future.  For the Tigers, this is a make or break season that will justify all the big deals they have handed out and if they don’t win it all they will be wearing for years and years to come.