How the Chicago Cubs Are Building a Future Empire 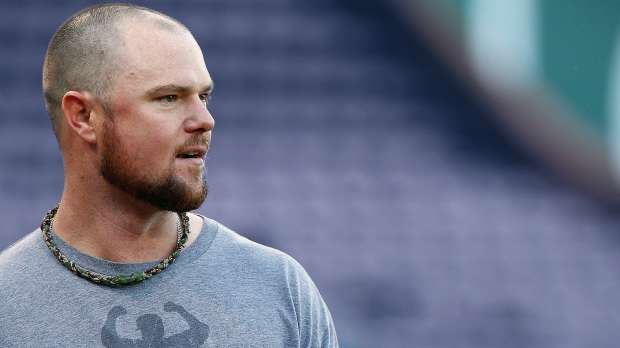 If you’re not careful, you might miss it. Gradually, the Chicago Cubs, six years without a legitimate contender (a 97 win team in 2009 who would become a first round knockout), five years without a .500 record and owners of back to back last place finishes, are rising. One might look at the standings and see 73 wins in 2014, 12th in the NL in runs, 13th in OBP, 13th in ERA and owners of 20 blown saves and struggle to see the silver lining. But it’s there, and on Wednesday it had a bow on top with a “Happy Holidays” greeting from Jon Lester‘s left arm.

The Cubs will rise again and already have started emerging from the dirt, this time in a fashion most of us have never witnessed executed to such perfection.

To understand where Chicago is headed we should understand where they have come from. That picture includes terrible General Management, a poor fan experience, a suffocating history of losing and underachieving, aging and hapless rosters and a lack of inspiration. If a picture is worth a thousand words this one doesn’t contain very nice ones. 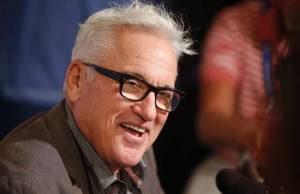 Starting with plans of stadium renovations, a $575 million dollar project underway for the next four years, a renewed interest in making Chicago a premiere franchise and, shocking to most, a cap on needless spending, Chicago started to turn it around. After all, you need to feel good to look good and to paint a masterpiece, you need a blank canvas.

They followed it up with putting the right people in place, from President, Theo Epstein, to GM, Jed Hoyer, and now to Manager Joe Maddon, a “horse whisperer” of sorts for young players ready to break out and meet expectations, the exact position these Chicago Cubs find themselves in in 2015 and beyond.

Now those three are proud owners of a staff ace and a guy who knows a thing or two about bringing a major market into prominence. Jon Lester isn’t a solution, nor is he going to magically make the Cubs contenders or even playoff participants this season, but his arrival does act like a barometer for the storm that is about to hit Major League Baseball in the next couple of years. His presence will not only attract more free agents no longer afraid to make the leap in the Future Cubs, but his actual performance should be the official gunfire into the air the team needs to hit the accelerator.

Truth be told, Chicago has improved three years in a row in terms of record and next year are are almost guaranteed to keep the streak going. With the right decision makers in place, the Cubs have managed to put the right people on the right side of competition, starting with acquiring left-handed power bat, Anthony Rizzo, in a deal with then Padres’ GM, yup, you guessed it, Jed Hoyer. The deal? Rizzo, a perennial 30-home run hitter (who has panned out so far) for (now) often injured Andrew Cashner and a couple of prospects. With Rizzo in the fold joining homegrown, Starlin Castro, the Cubs at least had a semblance of what could become. 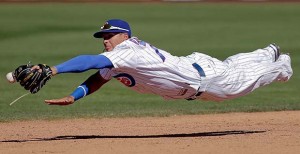 Last season, the franchise took its next step, calling up Jorge Soler and Javier Baez, two top-five Cubs’ prospects in a farm system with seemingly unlimited depth. They received breakout years from Jason Hammel and Jeff Samardzija and then promptly traded them to beefen an already fat pipeline, knowing those guys weren’t part of the overall plan.

Gone are names like: Ryan Dempster, Ted Lilly, Derrek Lee and Aramis Ramirez (all on the 2009 roster). Nothing against those guys but this team is looking to build a team of perennial All-Stars from the inside, all in their prime, all under cost control, all at once. We haven’t seen that since the Yankees’ dynasty of 20 years ago.

And while we’re on the topic, let’s discuss finances.

In 2003, the last time the Cubs seriously threatened to snap its now 107 year championship drought, Chicago boasted a payroll just under $80 million, good for 11th in all of Major League Baseball. To put that in perspective, the Yankees lead MLB with a payroll north of $152 million and the Dodgers were fourth at $105 million.

Last season, the Cubs boasted the 23rd highest payroll at $89 million, less than $10 million higher than its version over a decade ago. The Yankees? $203 million. The Dodgers? $235 million.

So do the Cubs have money to spend?

Yes, Chicago’s payroll was a whopping $125 million as recently as 2011 and topped out at $146 million in 2010. Assuming Chicago would go that high for a potential World Series contender instead of the 75 wins and fifth place it earned them in 2010 (they would), it’s safe to say the Cubs entered this winter with half of its payroll in tact. That means extending guys like: Soler, Rizzo, Baez, Arismendy Alcantara (an outfield prospect called up last year with big potential) and Jake Arrietta is on the table without much of a wince. 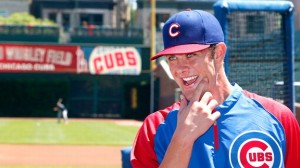 Looking over the Cubs’ roster reads like top prospects from everywhere, not just Chicago. Though overall top prospect, Kris Bryant, is due to be in Chicago most of 2015, former top prospect, Mike Olt, will play into the third base mix in some capacity as well. Even though Miguel Montero was just signed this winter to be the starting catcher, Welington Castillo lurks as extra long-term depth.

Lester is in the fold joining former  high Oriole prospect, Arietta, coming off a career year, and they are flanked by high potential in: Jacob Turner, Travis Wood still in his prime, and Felix Doubront, a cast-off from Boston who never quite put it together but remains on the right side of 30-years-old.

Chicago boasts two top five prospects in all of baseball,  three top 10 (including Soler) and seven in the top 100 going into this season.

That’s a lot of depth.

And the flipside is, a lot of potential. It makes the Cubs World Series winners of the future in theory only, unfortunately not a consolation for long-term struggling fans.

But if ever the lovable losers we’re going to be wealthy winners, now is the time. A loaded farm system, young talent at the major league level with successful early results, smart management, a smart front office and money to burn is the recipe for success and the Cubs have a balance of it unlike anything we’ve seen recently. And the team is even built right for the economy. In a climate where power hitting is most coveted, it was just about the only thing Chicago did do well last season, slugging 157 homeruns last season, good for second in the league. The young power bats are already there, and more are on the way.

Now everything just needs to fall into place, which with the way the Cubs are set up is akin to owning a paid off Ferrari and making sure you don’t accidentally lose it in a gambling debt.

The Cubs have attacked this rebuild from all angles, right down to putting themselves in a position to spend and with securing Lester to inevitably get a second ace next offseason in a deep year. In year two of Lester’s six year contract, he could be joined by any of the following, all available as of right now at the end of a year Chicago is likely to challenge a .500 record: Zack Greinke, Johnny Cueto, Wei-Yin Chen, Doug Fister, Yovani Gallardo, Hisashi Iwakuma, Mat Latos, David Price and Jordan Zimmerman.

With Bryant, Castro, Baez, Rizzo and Montero locked up for a number of years, the infield seems set with depth coming from the majors to be used as replacements for injury or trade bait. This is a time where Chicago can rebuild its bullpen, sure up its outfield lock up a few core players, grab another starter or two and put themselves in position for a dynasty.

Or blow it all and continue being the Chicago Cubs.

That’s why they play the games.