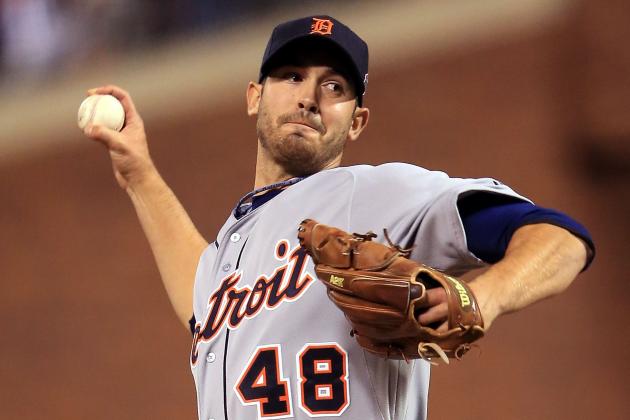 Thanks to a post All-Star break skid and a surge by the Kansas City Royals, the Detroit Tigers playoff odds are in jeopardy. Their rotation is missing Anibal Sanchez and Justin Verlander only just returned from the disabled list. As a consequence, rookies Robbie Ray and Buck Farmer have been thrust into starting duty. One rotation member who has helped keep the Tigers‘ heads above water is Rick Porcello.

Despite being in the midst of his 6th big league season, Porcello is just 25 years of age. Prior to this season, his lowest ERA was 3.96, which came in his rookie year. For several years, he’s posted solid peripheral numbers, but high HR/FB ratios and in-play batting averages combined with low strand rates conspired to inflate his ERA.

Last season represented a breakthrough for Porcello. Though his 4.32 ERA was nothing to write home about, he boosted his strikeout rate to 19.3 percent, and jump of more than five percentage points from the 2012 season. His walk rate remained a low 5.7 percent, and his ground ball rate was a typically high 55.3 percent.

This year Porcello has trimmed his walk rate to an even lower 4.9 percent. He hasn’t kept all of the gains in his strikeout rate, but at 15.2 percent, it would be the second highest mark of his career. The most significant changes have been in his HR/FB ratio which has dropped to 8.8 percent from 14.1 percent in 2013, and his opponents in-play batting average, which has dipped to .276.

All told, Porcello has a 3.10 ERA, which is more than a run lower than his career 4.28 mark. He’s hurled three shutouts, including a three-hit gem against the Tampa Bay Rays which came in his last time out. Those are the first three shutouts of his career. Only Henderson Alvarez of the Miami Marlins has three shutouts.

The Tigers will have an interesting decision to make with Porcello, who is entering his fourth and final time through arbitration this offseason. It appears that ace Max Scherzer will depart via free agency after the Tigers failed to negotiate an extension with the right-hander. Locking up David Price long-term is an expensive proposition, and there is still three years remaining on Sanchez’ five year, $90 million deal. Most likely the Tigers will have to choose between Porcello, who will be less expensive, and Price who has a much longer track record of major league success.

The Tigers are in the midst of a heated battled for the American League Central, and Porcello is playing a big role. He’s putting himself in line for a big arbitration payout this offseason. If the Tigers don’t manage to sign him to an extension, he will be in high demand next offseason.