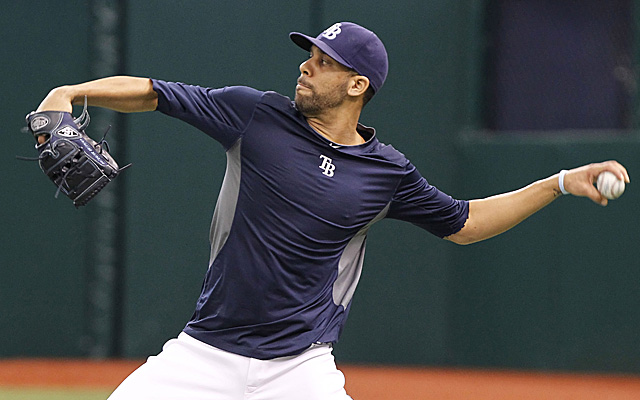 As it turns the Detroit Tigers and Seattle Mariners had the players the Tampa Bay Rays wanted for David Price. The deal completed just short of the 4PM trade deadline sends Price to the Tigers in a three-team deal, that left many Rays fans scratching their collective heads.

It could be argued that Price is or was the face of the franchise.

The Rays brought him back this year at nearly $14 million in hopes of making a run at the World Series. With a salary of $20 million or so due next year, it was only a matter of time before he was dealt.

For Detroit, Price joins a rotation that features Justin Verlander, Max Scherzer, Anibal Sanchez and Rick Porcello. Scherzer may be allowed to walk after the season and the Tigers would look to extend Price.

Detroit is one of a handful of teams in Major League Baseball with that capability.

The Mariners add Jackson who immediately becomes the everyday center-fielder in Seattle. Jackson is hitting .270/.330/.397 and is eligible for final arbitration year for 2015.

The Mariners had been looking for an outfielder throughout the summer.

Smyly, 25, will likely join the Rays‘ rotation after posting a 6-9 record and 3.77 ERA in 20 appearances (17 starts) on the year. He is under team control through 2018 and that is not an issue to be taken lightly in the Rays way of building baseball teams.

Franklin was thought to be the second-baseman of the future for Seattle, that is until Robinson Cano was signed in the off-season blocking his path to the major leagues for the next 10 years or so.

The switch hitting Franklin may become an eventual replacement for Ben Zobrist, the do everything player for the Rays.