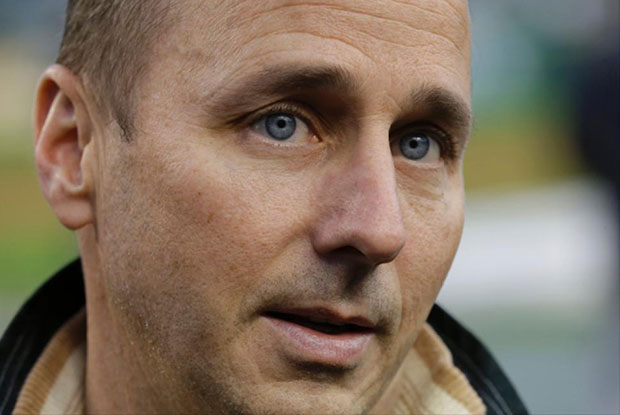 The New York Yankees are perfectly mediocre. Sitting at 47-47 more than halfway through the season, New York sits in third place right in the middle of the AL  East facing a trade deadline two weeks away generally used as the barometer for where teams find themselves in terms of competing for the remainder of the year. It’s widely known the Yankees have lost four out of its five opening day starters.

It’s perfectly clear Brian McCann and Carlos Beltran, half of the major purchases of the off season, have under performed. We know New York can beat bad teams, struggles against good ones,  plays just about .500 against all divisions and has been outscored by 37 runs, implying the record is even a little better than the team.

With CC Sabathia and Ivan Nova out for the season and a good chance we don’t see Masahiro Tanaka and Michael Pineda for the rest of the year, the Yankees should probably face reality and understand they will not win a World Series title this year, regardless of what the deadline brings. If you go out and get a David Price type arm, you still have Brandon McCarthy as your third most reliable starter.

If you somehow added a Giancarlo Stanton esque bat, Brian Roberts and Kelly Johnson are still 40% of your infield. There is no major singular acquisition the Yankees can make to get them over the hump and they are  not even in the best position to make one with a mediocre farm system and limited trade chips on the roster. So here are four moves the Yankees should make at the deadline with a counter-prediction for what will most likely happen:

The Yankees Should: Trade Hiroki Kuroda to the Angels  for prospect(s).

The Yankees Will likely: Attempt to trade for Colby Lewis, or an arm like Colby Lewis.

The Yankees have to try to save face in Derek Jeter‘s final season. With the elusive fifth wildcard spot, the Yankees are just 3.5 games out of a playoff spot and chasing an unproven team in the Seattle Mariners. Nevermind that claiming that final spot would mean a one game sudden death against the Angels and three other teams have an equal or better record, New York is definitely not going to sell unless they open the second half with a 10 game losing streak. So this means instead of trying to get a free prospect by selling its last great starting pitcher to a desperate contender (like the Angels), New York will instead sell a C prospect for a pitcher who won’t make a difference.

The Yankees Should: Extend him as closer of the future, or Trade David Robertson  to the Detroit Tigers.

The Yankees Will Likely: Hold onto Dellin Betances and David Robertson

This is more of an internal move, but the Yankees have two of the best relievers in the game. They can easily keep one for next season and beyond and it should probably be Betances. Why? He’s cheaper and Robertson is in a walk year. The Yankees have not signed Robertson long-term and have a knack for developing relievers. It sure seems like they are either going to overpay in the winter or let Robertson go for very little. They should solve that situation and if it doesn’t involve keeping Robertson, trade him to a team like the Tigers for prospects.

The Yankees Should: Trade for Chase Headley.

The Yankees Will Likely: Trade for Chase Headley.

So if the Yankees have no chance at winning a title this year, why should they buy on Chase Headley? It’s quite simple, his price is at its lowest possible value. The Yankees could receive Headley and finally solve the revolving door at third base (because we don’t really believe Alex Rodriguez is a viable option anymore). If you’re going to make a move, make it for the future. Headley is a FA at the end of the year, but his FA value has to be hurt by a: .296 OBP, .350 SLG and a strikeout rate nearly 25% if the time he bats. But the Yankees have pulled magic like this before.

Take a hitter out of San Diego and put him in a pseudo playoff race with a team in the AL East and see what Headley is made of down the stretch. He’s either terrible and you spent very little to get him, or he shows enough promise and enjoys himself, he resigns and the Yankees don’t have to go to the bargain bin the next two or three years.

The Yankees Should: Get involved in dealing for: Daniel Murphy, Gordon Beckham or Everth Cabrera

The Yankees Will Likely: Trade for Rickie Weeks

Weeks is barely playing in Milwaukee and is a FA at the end of the season. He’s an ideal target for a team who is competing, who could use infield depth and not have to pay too much to get it except absorbing a large salary. Therefore, the Yankees are probably going to be all in on him. What New York should do with an outfield locked down for the next three years, and an infield in turmoil from second base over to third base, is start getting pieces together for 2015 to absorb that blow.

Maybe someone like Zelous Wheeler, Yangervis Solarte, or someone in the minors pans out and fills a position, maybe the Yankees get Headley or see the return of Rodriguez next year to fill another, regardless, New York is going to need at least one infielder not currently on the roster in 2015 if it’s going to get back to contender status. Why not pull a “Soriano” and get a player who can improve the team now and make it seem like it’s making a run, but who can also address a need next season? Murphy may not work since he’s a Met and those trades don’t happen often, but someone like Beckham or Cabrera would be an upgrade, would make the team younger and would be signed through next season. It may cost a prospect or two, but it will fill an immediate need with something more than a stop gap.

So what can we expect from this trade deadline from New York? Targeting players like: Lewis and Weeks who will address two needs now and can be had for bad prospects.

What the Yankees should do is: Trade at least two viable pieces (Kuroda, Wheeler, Almonte, Robertson) and acquire: Headley/Murphy and play the prospects with a higher ceiling to either trade or utilize for the future. It’s not always easy having “New York” sized expectations.