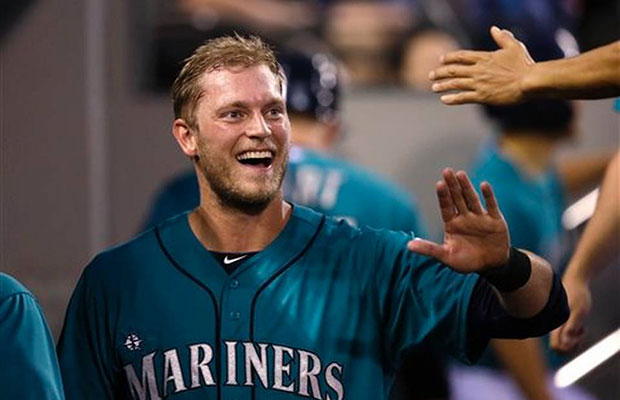 The Seattle Mariners have had a strong first half. If they were in the American League East, their 49-41 record would put them in a tie for first place. Unfortunately, the Oakland Athletics have had a sensational year and own baseball’s best record, a sterling 57-33. For all intents and purposes, the Mariners are in a battle for one of the two wild card spots.

The Mariners biggest strength has been their pitching staff, as they own the second best ERA in the AL and the second best fWAR. A huge chunk of that comes from Felix Hernandez, who has already accumulated 5.1 fWAR. Hisashi Iwakuma has been very good, and Fernando Rodney has been lights-out in the pen. Their rotation could use some improvement on the back end, but their biggest need is an outfield bat.

Mariners outfielders have produced a miserable .243/.288/.353 batting line for a 78 wRC+ and just 0.8 fWAR. While Michael Saunders has been a solid regular, the other options have been replacement level at best. Endy Chavez, whose last season above replacement level came three years ago, has made 32 starts. Overmatched rookies Abraham Almonte and Stefen Romero have also seen significant playing time. Dustin Ackley and James Jones round out the outfield corps, and neither appear to be quality major league starters.

It’s likely that the M’s will seek a right-handed bat to fit in their lefty-heavy lineup. Outfield options include Drew Stubbs of the Colorado Rockies, Alex Rios of the Texas Rangers, Dayan Viciedo of the Chicago White Sox and Marlon Byrd from the Philadelphia Phillies. With the exception of Rios, none of these options are costly in terms of salary, and their respective teams shouldn’t ask for more than a mid level prospect.

After two consecutive mediocre seasons with the Cincinnati Reds and Cleveland Indians, Stubbs is enjoying Coors Field. Even after adjusting for park effects, his .295/.333/.484 line comes out to a 112 wRC+ and he’s accumulated nearly +2 wins. His projections are less favorable as Steamer and ZiPS both forecast a batting line about 10 percent worse than the major league average and a little under +1 fWAR the rest of the way.

Rios’ power and baserunning appear to be declining in his age-33 season. He’d be an upgrade over what Seattle has, though his $12.5 million salary and $1 million buyout for 2015 might not be so attractive. In order to move him, the Rangers might have to eat salary or basically give him up for a low-level prospect.

Byrd is having a strong year for the Phils and could be dealt to a contender for the second consecutive season. He signed a two year deal worth $16 million this offseason. He’s continued his approach of selling out for power and despite a 28.8 percent strikeout rate he’s batting .263/.313/.488. The 36 year-old doesn’t provide much in other aspects of the game, but the M’s could use his right-handed power bat.

Viciedo is seemingly drawing a lot of interest despite what is getting to be a long track record as a replacement level player. In nearly 1600 major league plate appearances he’s produced a .261/.306/.431 batting line in the hitter-friendly confines of U.S. Cellular. He’s only 25, so perhaps the Mariners and other interested teams are betting on potential, but so far he’s been a bat-first player that doesn’t hit well enough to amass more than +1 fWAR in his career.

The Mariners have played pretty good baseball to this point in the season, and they appear to be in contention for their first playoff berth since 2001. They need an upgrade, but with a wild card berth being the best case scenario, dealing the farm for a shot at a one-game playoff is unwise. Picking up a right-handed bat such as Byrd or Stubbs is more sensible.