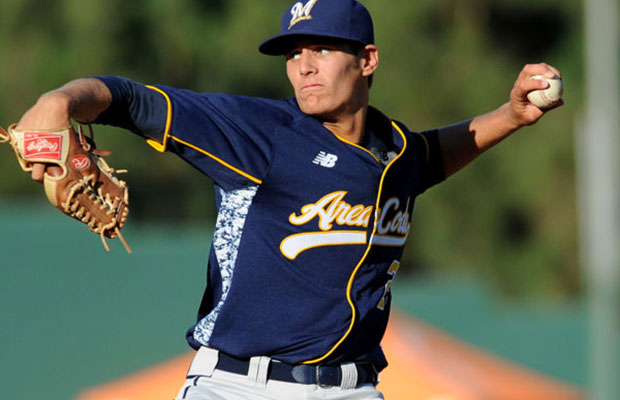 The Houston Astros are seeking a discounted deal with LHP Brady Aiken, the No. 1 pick in last month’s MLB Draft has ligament issues in his left elbow, according to John Heyman of CBS Sports.

“The Astros are offering to do a deal for about $5 million now, according to sources, about $1.5 million less than the originally agreed-upon $6.5 million, sources say,” according to Heyman, who says a deal looked close two weeks ago.

Houston discoverd an issue with Aiken’s left elbow at a medical exam just before they were expected to announce the signing. Aiken reportedly has returned to his San Diego home.

The big-bodied southpaw has the polish and what many scouts point to as the best talent in this field, already drawing comparisons to big leaguers Cole Hamels and Clayton Kershaw. If Aiken decides to forego the deal with Houston and go to college, he will not be eligible again until the 2017 draft, per MLB’s collective bargaining agreement and the Astros would get the second overall pick in next year’s draft.

An offer of $5 million indicate Houston is still very much interested in Aiken and the expectation is this deal will eventually happen.