Nats Bryce Harper is Back From DL 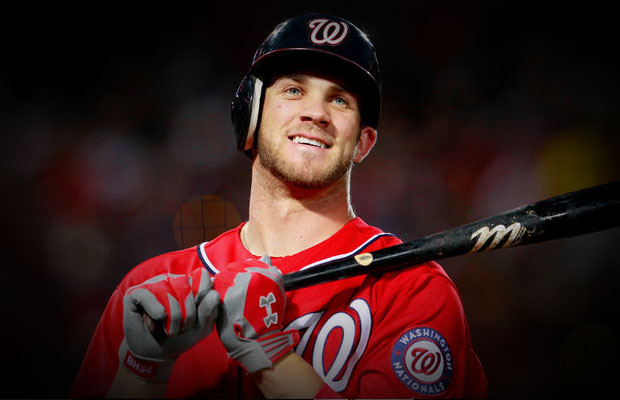 The Washington Nationals Bryce Harper has been activated from the 15 day DL. Harper missed 59 games because of a torn ligament in his left thumb. Coincidentally, or not, tonight is Bryce Harper bobblehead night at Nationals Park.  Left-handed reliever Xavier Cedeno was optioned to Triple-A Syracuse.

“We’ll all seen the impact he can make,” first baseman Adam LaRoche said. “He’s a pretty special player. You add one more big bat to an already pretty good lineup. It never hurts anything. And a great defender.”

With Harper coming back to the Major Leagues, Ryan Zimmerman will go from left field to third base. He had been playing in left field in Harpers absence while dealing with his tender shoulder. Third baseman Anthony Rendon will return to second base. Danny Espinosa will return to the bench.

The first 25,000 Nationals fans to arrive at the park Monday will receive a Bryce Harper bobblehead, which will be available at all gates, the team says.