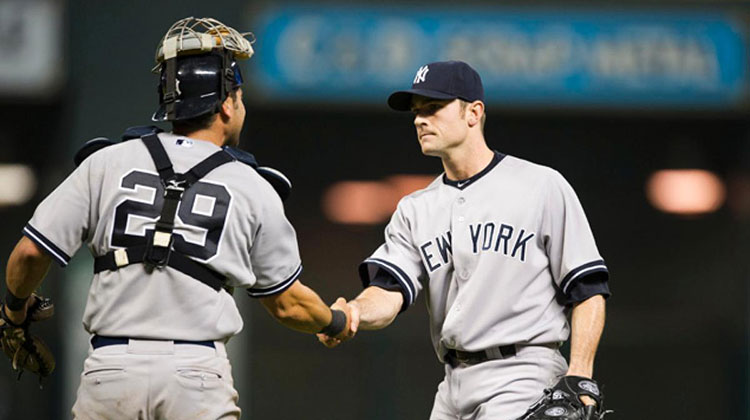 If there’s two things being treated as a given from Yankees’ critics, it’s that they have a weak farm system and did not address the bullpen this winter, particularly with the departure of Mariano Rivera. While the Yankees dedicated hundreds of millions to a new starter, a new outfield, a new backstop and some infield stop gaps, the biggest signing on the reliever side of the house might have been Matt Thornton, a lefty specialist with a straight fastball who couldn’t quite cut it in Boston last season.

But as he so often does when it comes to relievers, Brian Cashman may know exactly what he’s doing. David Robertson has been one of the best setup men in the game the past few years so taking over for Rivera wasn’t terribly second guessed or shocking. Anyone who followed the Yankees closely last year would remember in addition to Thornton, Cesar Cabral would be a fine replacement to fill the void left by Boone Logan. Cabral had an excellent spring last year and all but won a job in the bullpen before injuring himself and missing the season. Now healthy, Cabral picked up where he left off and along with Thornton, the Yankees shouldn’t struggle too often late in games against lefties.

Anyone else closely watching the Yankees would know Joba Chamberlain‘s departure was addition by subtraction, but what may not be as obvious are two other names likely to be on the radar by mid season.

Vidal Nuno showed an impressive debut on Opening Day when he struck out the side. The lefty reliever has demonstrated big league success, mainly as a starter in 2013. While he is fully capable of providing back of the rotation depth (in addition to David Phelps and Adam Warren), Nuno has transitioned nicely into a reliever and may provide clutch insurance as a sum of all parts type of arm.

It’s Dellin Betances who may play the most pivotal role in the future of all. Once considered a can’t miss starting prospect with ace-like stuff, Betances and his 6’8″ frame could never quite put it together. Last season, after transitioning to the bullpen, Betances seemed to find himself and dominated his way to a big league callup in September last season. After an excellent spring, Betances finds himself in the bullpen needing to prove himself to get bigger pitching spots. Opening day was a good start when the intimidating righty used a high 90’s fastball and a filthy curve to strike out two Astros and get the third to ground out weakly to second base.

Betances was thrust into the spotlight in spring training when he struck out Jose Bautista in a big spot and then induced an inning ending fly ball to Edwin Encarnacion, two of the AL’s most feared hitters. It’s not unrealistic to expect Betances as the eighth inning man by midseason, competing with Shawn Kelley for the biggest matchups leading up to Robertson’s appearances.

This team has shown its flaws early on, but the farm system’s ability to fill a major league bullpen is unlikely to be one of them.