Pirates’ Liriano, Cole to Provide a Genuine Top of the Rotation 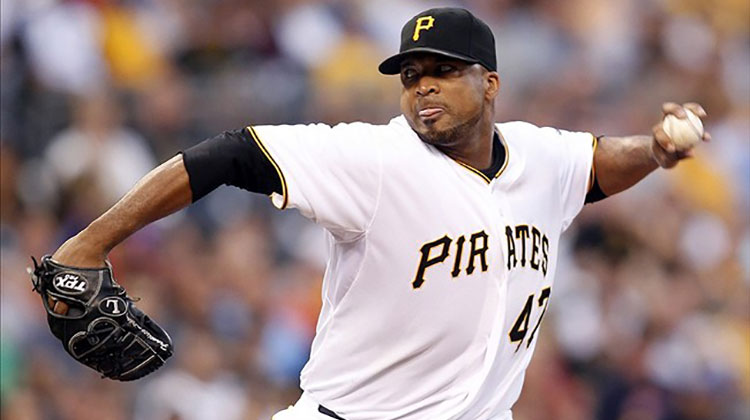 Tuesday, the Pittsburgh Pirates announced that Francisco Liriano would be the team’s Opening Day starter for the 2014 season.

“[Liriano] is another guy that models the behavior we want to instill in others,” Bucs manager Clint Hurdle said of the announcement. “He does it a different way than Cutch, but he does it. Every day he does it.

“He’s a man you can depend on, and many times I share with these players, the greatest ability you can have day in and day out is your dependability, and we have that in Francisco.”

If the timing of the announcement seems a bit premature, that’s because it is. Spring training is barely more than a week old. The team just last week found out that A.J. Burnett, staff ace in each of the last two seasons and he of the Pirates-or-bust radio promise, had signed a one-year deal (with a mutual option for a second) with the Philadelphia Phillies.

Outside the top-three of Liriano, Gerrit Cole and Charlie Morton, the remainder of the rotation seems to be a bit of a toss-up.

However, this isn’t a franchise that has had many Opening Day starters to get excited about — Todd Ritchie christened PNC Park with the first pitch of the 2001 season, and that may have been the high water mark for the decade to come. So the news that the staff will be led by the likes of Liriano in 2014 is a real sign of progress, and that’s plenty of reason to celebrate.

For the Pirates, celebration hasn’t always been easy to come by. That’s why having a one-two punch like Liriano and Cole could give the Pirates a measure of stability (and dare we suggest dominance?) needed to compete in what should be a much stronger NL Central in 2014.

Quiet offseason or not, that’s reason for the Pirates to hope.

This team is on the heels of its first postseason berth and winning record in the last 20 years. While the Bucs struck out looking in free agency this winter, they’ve pinned their hopes of contention on a group of returning starters and soon-to-be-graduated prospects.

For anyone who’s been following along, that’s quite a leap from the old days of pinning hope to tired veterans and fringe MLB talent.

The group vying for the five starting spots in Bradenton, Florida is a mix of experience and vulnerability, talent and growing pains. On one hand, the Pirates have several proven starters in the mix — but they have been prone to injury and inconsistency in their careers. The team’s emerging talent shows great promise, but their inexperience may limit them.

The Pirates may not be exactly where they want to be heading into the season, but is the rotation any worse off than a year ago?

No matter the group Pittsburgh takes into its first homestand against the Chicago Cubs, it’s almost guaranteed to be better than the group that opened last season.

Injuries limited Morton and Liriano at the beginning of last year. Neither player was available to the Bucs until later in the 2013 season. That meant the rotation for the early parts of the season consisted of Burnett, Jeff Locke, James McDonald, Wandy Rodriguez and Jonathan Sanchez.

By the end of the year, only Burnett remained in the starting rotation. Locke tired and became ineffective after the All-Star break. An arm injury to Rodriguez ended his season while McDonald and Sanchez played their way right out of the organization.

The team essentially ended the season with four starters (including midseason graduate Gerrit Cole) and a carousel of spot starts from their already-taxed bullpen.

No MLB rotation ever remains the same from gate to gate. But the Pirates should feel better about their chances this season.

At the top of the rotation, Liriano and Cole look like locks to anchor the team’s rotation.

Liriano surpassed Burnett as the team’s top starter by the end of last year, earning the mound in the play-in postseason game against the Cincinnati Reds and coming close to NL Cy Young consideration, if not for his injury-limited campaign. Liriano posted a team-best 16 wins en route to a 16-8 record. His 3.02 ERA led all Pirates pitchers with more than five starts, and he was downright dominant at home – an 8-1 record with 72 strikeouts and a 1.47 Home ERA. He also went 1-0 in two postseason starts with 10 K’s and a 2.08 ERA.

At 30, Liriano figures to become the staff ace in his second season with the team. Burnett’s exit is a big loss made even bigger by the fact that the Pirates failed to get a compensatory draft pick for him. The team did not tender Burnett the $14.1 million standard qualifying offer, yet lost him to the Phillies after eventually offering him as much as $12 million for the upcoming season.

While the Pirates will have to pick up his 191 innings somewhere (and Edinson Volquez at $5 million for this season is hardly likely to replace Burnett’s production), Liriano is the natural choice for the top spot in the rotation.

Liriano came to the Pirates in a bit of folly, injuring his non-throwing arm while at home in the offseason. Nonetheless, pitching coach Ray Searage and his team helped Liriano return to the dominant form that had left him some years ago.

The former AL Cy Young winner is still relatively young and posted very similar 2013 numbers to Burnett. If he can stay healthy and come close to matching his 2013 performance, he’ll go a long ways towards cementing Searage’s reputation as a sensei of reconstructing struggling pitchers.

Essentially, the Pirates have traded Burnett for Liriano as the staff ace without adding another body (besides Volquez) to the equation. That is a problem, and will rear its head down the road unless the team is able to promote from within.

Even after the loss of Burnett, though, the team’s starting depth still remains greater than a season ago. 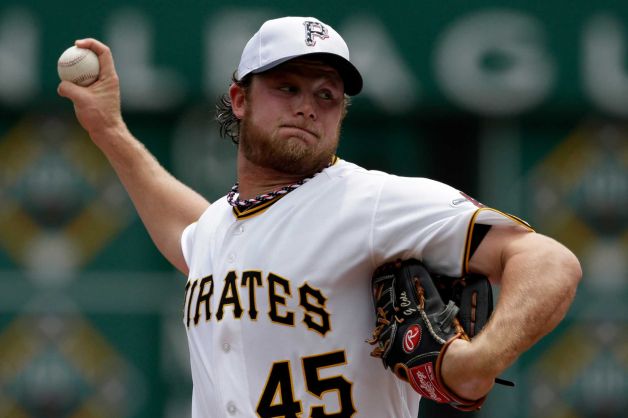 The 2013 Pirates had rookie sensation Gerrit Cole — this year, they’re set to see the first full season out of a power thrower with three plus-pitches and a triple-digit fastball. Cole arrived with the team midseason but finished the year entrusted with starting the team’s win-or-go-home NLDS Game 5 against the St. Louis Cardinals. Cole ultimately earned the loss in that game, but matched Liriano’s playoff-high 10 strikeouts in his two playoff starts and pitched well enough to have earned the win.

That’s a steep upward trajectory for a young pitcher, but Cole is a former first overall draft selection and delivered on his promise early. If he continues to improve, he could surpass Liriano on the depth chart as soon as this year.

Burnett was instrumental in giving the Pirates a viable Number One starter and respectable presence in the clubhouse. With Liriano and Cole, the Pirates might have a genuine one-two punch in the rotation, something they really haven’t seen since the early 90s.