Xander Bogaerts, Rookies That Could Make Big Impact in 2014

Baseball is full of exciting young players right now, and nothing is more exciting than seeing a young player help carry his team into the playoffs. Last year saw big contributions from rookies such as Wil Myers, a 22 year-old who produced 2.4 fWAR and won the AL Rookie of the Year award despite playing only 88 games for the Wild Card Tampa Bay Rays. Jose Iglesias got off to a blazing start for the Boston Red Sox before being traded to the Detroit Tigers and served as the starting shortstop for the AL Central champs.

Pitchers Sonny Gray, Gerrit Cole and Michael Wacha played major roles in leading their respective teams to playoff berths and postseason victories, with Wacha winning his first four postseason starts. In most years, Yasiel Puig would have run away with the NL Rookie of the Year award as his excellent play helped spark the Los Angeles Dodgers to the NL West title. That’s just scratching the surface, as there were plenty of other rookies that had strong seasons for playoff teams.

Here are some names to look out for in the 2014 season. These are rookies that could play a big part on a team that should contend for postseason play. Several other prospects would have been well-deserving of a spot on this list, but I believe that these six have the best chance of getting important playing time for a playoff team. 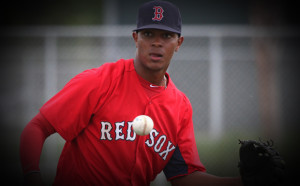 Xander Bogaerts already got a taste of the big stage for the Red Sox, as the 20 year-old shortstop appeared in 12 playoff games with eight starts and produced a .296/.412/.496 line.

Widely recognized as the best shortstop prospect in baseball, Bogaerts looks to take over the starting role for the Sox in 2014.

He’s capable of handling the position, and shows impressive plate discipline for a young hitter with solid pop. Both ZiPS and Steamer project a league average hitter with a decent glove that produces +3 fWAR, very solid numbers for a shortstop in their age-21 season. 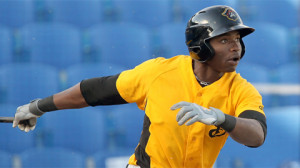 Gregory Polanco, a 22 year-old outfielder in the Pittsburgh Pirates system, likely won’t start the season with the big league squad. The rangy outfielder had a solid .285/.356/.434 line across three levels in the minors in 2013.

He profiles as an excellent defender, and has good contact skills with developing power. With the Pirates right field situation currently in the hands of Jose Tabata and Travis Snider, don’t be surprised if Polanco gets the call midway through the season as the Pirates find themselves in a playoff push.

ZiPS thinks he’s more than capable of handling the big leagues, as it projects +3 fWAR on the strength of average hitting combined with great defense and baserunning. 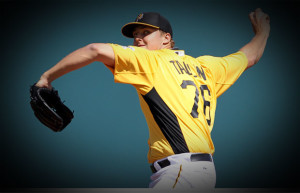 Jameson Taillon is another Pirates youngster that could be called up during the 2014 season. A 6’6, 235 pound right-hander with a sizzling fastball, Taillon put up strong numbers over 25 starts between Double-A and Triple-A, striking out 22.3 percent of hitters.

Similar to Cole in 2013, he is unlikely to begin the season in the major leagues, but with the possibility of A.J. Burnett retiring and the general shakiness of Jeff Locke and Edinson Volquez and the injury proneness of Wandy Rodriguez and Francisco Liriano, he could be with the big league club sooner rather than later. 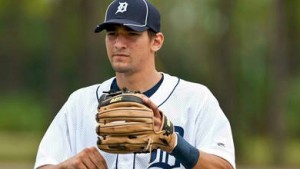 Nick Castellanos will likely win the third base job for the Detroit Tigers following the Prince Fielder trade and the move of Miguel Cabrera across the diamond to first base.

The 21 year-old is one of the top hitting prospects in the game, and he’s managed a .303/.359/.445 line across four minor league seasons. His glove is less sound, but he’ll be an upgrade over Cabrera. ZiPS and Steamer both project a league average batting line, and +2 fWAR. 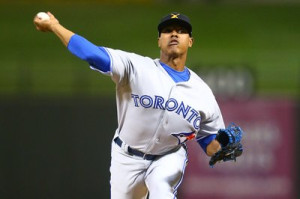 Marcus Stroman was generally considered a relief prospect after the right-hander, who is generously listed as 5’9 was selected 22nd overall in the 2012 MLB Draft.

However, an excellent 2013 season for the Toronto Blue Jays farmhand is changing that perception. Stroman made 20 starts in Double-A New Hampshire, and pitched to a 3.30 ERA over 111.2 innings, with strikeout and walk rates of 28.1 percent and 5.9 percent.

He features two plus pitches in a fastball that is consistently in the mid 90’s and a wipeout slider. In addition, he has a cutter and changeup which look like average offerings.

The Jays have invited him to Spring Training, and while they might want to stash him in Triple-A to delay his service clock, their need for starting pitching might render that plan moot. 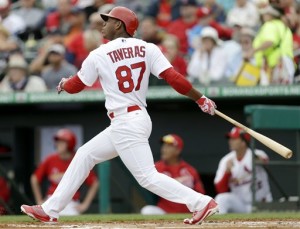 The 21 year-old swings a sweet lefty bat with good power. Prior to the 2013 season, Baseball America rated him the No. 3 prospect in baseball.

Considering that he missed time with injury, the Cardinals may ease him into the big leagues as they’ve been wont to do with their best prospects, especially with a crowded outfield that currently features Matt Holliday, Peter Bourjos, Allen Craig, and Jon Jay.

ZiPS and Steamer project a batting line in the neighborhood of .280/.330/.450, which would be solidly above average. Not many teams have the luxury of allowing a top prospect such as Taveras to get more seasoning, but the Cardinals depth is such that they can afford to wait.

Mike Trout, Manny Machado and Bryce Harper are increasingly showing fans that baseball is a young man’s game. This group of fresh faces looks to continue that tradition while helping to lead their teams to the postseason.