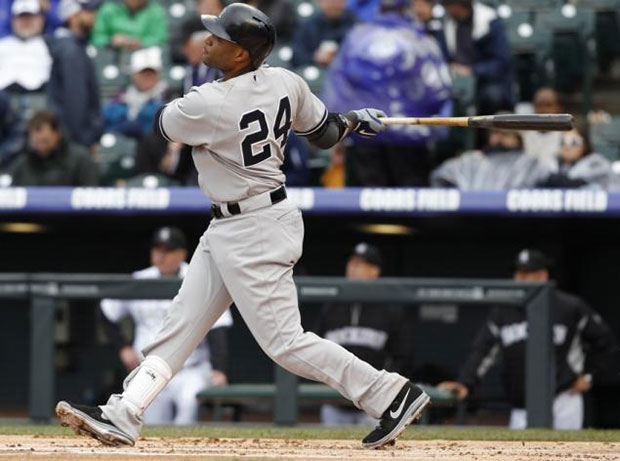 It becomes increasingly difficult to play second fiddle and leave $50 million dollars on the table in exchange for bright lights and team legacy. Those are the exact odds the Seattle Mariners are trying to play by allegedly offering Robinson Cano a 9 year, $225 million dollar contract. Early reports indicate Seattle is conscious of staying “$50 million” ahead of the Yankees’ offer which likely stands around seven years and $175 million dollars.

The Yankees and Mariners are taking very different approaches towards courting Cano and ultimately, it will likely come down to weighing intangibles and big bucks when Cano eventually watches the ink dry. For New York, in an offseason which began with Cano having nearly all of the leverage, the Yankees went out and signed big bats in Brian McCann and Jacoby Ellsbury with some of the $90 million freed up from departing free agents.

By doing this and doing it early, the Yankees no longer need Cano like they did at the end of the 2013 season and can now view him as a luxury. They also have likely exhausted all excess offensive money and can now reasonably stick to a contract offer which will not reach $200 million as they have maintained all along.

However, on the flip side, the Yankees have added two major pieces to likely try to prove to Cano they are contenders again, and would stand to have money left over to pursue front-line pitching before the winter is out to really solidify the team. For Cano, it’s returning to familiarity, playing in the biggest market in the world, endorsement deals and an eventual monument in the coveted Monument Park one day by staying with the Yankees.

Of course, if Seattle blows New York’s best offer out of the water, Cano may be more likely to join a Seattle team also looking to invest big, get into contention and if Cano were to win in the northwest, he may become a baseball legend and not just “another” Yankees’ legend or an additional Yankees’ star.

Neither team can really be faulted for its approach. The Yankees have protected themselves and removed the leverage from Cano’s camp, not allowing a sabotaged offseason in the event Cano left anyway. For Seattle, it’s a matter of forming a pattern and enticing big free agents, specifically hitters, to view Seattle as a popular landing place.

In addition, Cano can be the franchise middle of the order bat the lineup can build around and help lead the charge to Seattle’s elusive first ever, franchise World Series title.

Ultimately, the final decision will be up to Cano.

And it will almost certainly be top dollar or home sweet home.