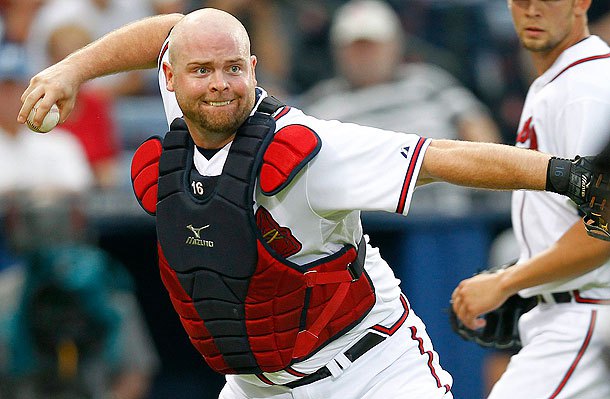 The New York Yankees have reached an agreement on a five-year $85 million deal with free-agent catcher Brian McCann. The deal includes a vesting option for sixth year which could bring the total to $100 million.  The deal is pending a physical and represents the largest average annual value contract ever given a free agent catcher. McCann has a full no trade clause.

The Yankees, Rangers, Angels and Red Sox had all been reportedly involved in talks with McCann. McCann was the top free agent catcher on this year’s market, having totaled an .823 career OPS. He has managed 20 or more homers in each of the last six seasons.

The Yankees have publicly stated an attempt to lower their payroll beneath the $189 million luxury tax threshold. Yankees catching prospects Gary Sanchez, J.R. Murphy and perhaps Austin Romine, could now be used as trade bait as the Yankees look to fill other holes.