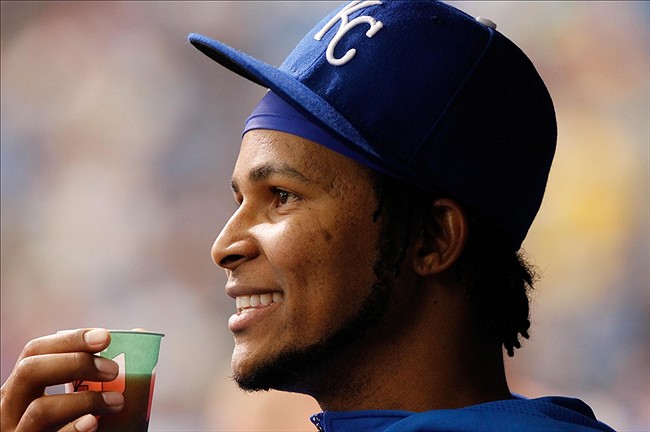 Ervin Santana is reportedly seeking a $100 million dollar contract when he signs his next deal, likely using that number as an opening to negotiation and trying to capitalize after a revival 2013 campaign with the Kansas City Royals.

Of course, in order to capitalize on a major contract, it takes one team to actually make an offer and it’s unlikely any of the 30 Major League teams will want to give Santana nine figures on top of losing its first pick.

Santana is a year older than Anibal Sanchez when he signed his 5/80 contract with the Tigers, though he is coming off a superior season on an AL team, albeit with less of a track record of consistent success.

Sanchez was understandably paid out by a big market team and since he was traded to Detroit in 2012, there was no draft compensation in regards to his new deal.

Santana was extended a qualifying offer and is unlikely to accept, but any non top 10 team in the draft order will also forfeit a first round pick to sign the 29-year-old right hander.

We can safely say the only three teams who might be in on Santana but who would not have to sacrifice a first round pick would be the White Sox, Mets and Blue Jays.

Of course, the Mets need an entire outfield and already have four legitimate starters under contract. The Nationals and Yankees could be two other teams getting in the mix, but those teams would have their options.

Bartolo Colon (short-term), Masahiro Tanaka (long-term) and Ricky Nolasco (reportedly seeking $80 million but likely to get betwen $50-60) would present potential comparable options without  having to give up a draft pick while Hiroki Kuroda (short-term and should he reach the open market) and Ubaldo Jimenez (long-term) present fellow competition within the qualifying offer realm.

It’s unclear why Santana would demand $100 million and is far more likely he will get a deal in the $75-85 million dollar range, regardless of where he ends up.