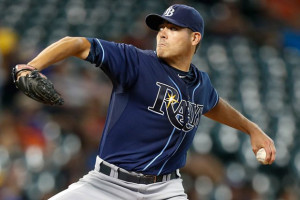 Tampa Bay Rays lefty Matt Moore will not return to the rotation this weekend and the team isn’t sure when he will rejoin the rotation.

The All-Star is out with a sore left elbow. He had hoped to return this weekend, but reportedly was not feeling 100% after bullpen session before Wednesdays game against the Seattle Mariners. Moore said he won’t throw again until Sunday.

Moore is 14-3 with a 3.41 ERA and felt discomfort in his start against the New York Yankees on July 28 at Yankee Stadium. 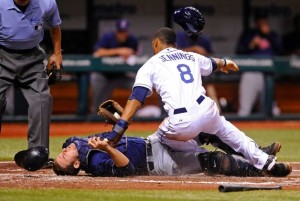 Desmond Jennings took 20 swings off a batting tee Tuesday, the first time he’s swung a bat since going on the DL with a fractured left middle finger Aug. 6.

“It wasn’t a negative,” Jennings said. “It was a positive.”

Jennings is scheduled to come off the disabled list Monday and said he hopes to be in the lineup that night when the Rays open a three-game series in Baltimore.