Report: Will Middlebrooks Could be Optioned to Triple-A Pawtucket 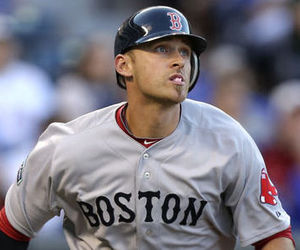 Will Middlebrooks, Boston Red Sox third baseman, has sat on the bench in three of the last four games, as Jose Iglesias has manned the hot corner in his place.

Due to such, the Providence Journal has suggested that Middlebrooks could be optioned to Triple-A Pawtucket as means to get the young slugger back on track.

However, according to Red Sox manager John Farrell, Boston has no imminent plans to option Middlebrooks.

“I don’t know that we have a date marked on the calendar or that if certain things change we’ve got to make a change with that,” manager John Farrell said. “We haven’t even approached that.”

While optioning Middlebrooks would be the ideal move for Boston due to the fact that Middlebrooks needs a boost to his confidence, the lack of depth at the hot corner is a major concern for the club.

Aside from Xander Bogaerts at Triple-A Pawtucket, Boston has limited options at third, which may need to be addressed come the July trade deadline.