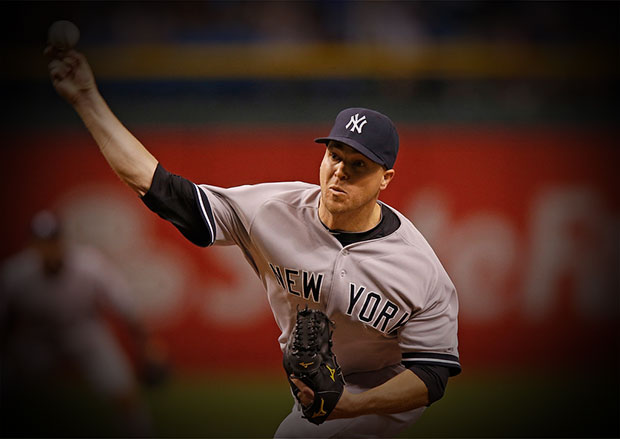 His 4.78 ERA might look bruising. His 4.1 BB/9 is above the league-average. And he’s already surrendered the same amount of home runs in 26.3 innings this season as he did in 44.3 innings last season. Yet, Shawn Kelley is still one of the New York Yankees most dominant relievers.

The Yankees quietly acquired Kelley from the Seattle Mariners this past offseason in exchange for minor league outfielder Abraham Almonte.

Surface statistics aside, Kelley has been meaningful piece to the Yankees bullpen this season.

After a rough April, where he posted a 7.84 ERA–including four of the five home runs he’s surrendered in 2013–Kelly has settled down mightily. Over the past month and a half, the 29 year-old has pitched to the tune of a 2.81 ERA and sensational 14.06 K/9 over 16 innings. In that span, hitters have only managed a .236 SLG against him.

Kelley was also getting a bit unlucky too. In April, Kelley’s BABIP soared to .333, despite owning a career .292 rate. Once Kelley settled in, however, the dominant reliever witnessed that comparatively astronomical rate dropped to a microscopic .207 BABIP. The right-hander is simply not surrendering any bloop hits as of late.

But perhaps the most indicative factor in Kelley’s recent emergence has been his improved velocity. According to Brooks Baseball, Kelley’s four-seamer only averaged 91.87 MPH in April, but has since seen a boost of 1.89 MPH. As a result, opposing hitters, who had previously just whiffed at 2.94% of his fastballs, are now whiffing 9.35% of the time.

The same is true for Kelley’s slider too. In April, batters whiffed at just 17.82% of the pitcher’s sliders, but like his fastball, have since been swinging-and-missing at a superior 22.61% rate. 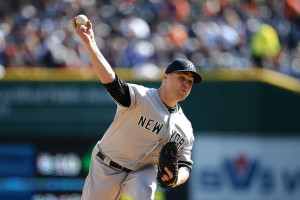 While it’s likely Kelley will have a role in the Yankees bullpen in 2014, there’s little chance he gets a shot to close when Mariano Rivera hangs ’em up after this season. Instead, the Bombers will likely turn to setup man David Robertson–or possibly Joba Chamberlain–instead.

Robertson has been a force out of the Yankees bullpen since 2011, posting a combined 208 ERA+ and 3.44 K/BB. But if he were to falter, would the Yankees really hand the reigns over to the injury-prone Chamberlain, who has posted a 5.74 ERA and 2.00 K/BB over 15.6 innings this season?

Regardless of his future role, the Yankees have found themselves a cheap, team-controlled reliever piece in Shawn Kelley. As a “Super Two”–and going into this third arbitration year–Kelley will seek a raise from his $935K salary, but shouldn’t earn more than $3 million in 2014.

Assuming Kelley continues his dominant ways in 2013, he just might be the dark horse candidate to shut the door in the post-Mariano Rivera era.