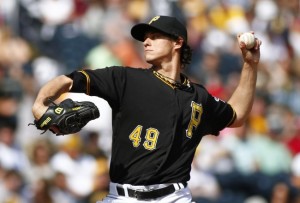 Locke (6-1) struck out five and walked one to win his sixth straight decision while lowering his ERA to 2.19.

Andrew McCutchen drilled a two-run double in the third inning to stake Locke to a  to run lead, Mark Melancon  pitched the eighth and Jason Grilli  recorded his 24th save of the season in the night.

Yasiel Puig  had two hits for the Dodgers and has a .487 batting average since being recalled from Double-A Chattanooga.

Dodgers manager Don Mattingly served a one-game suspension for his role in the brawl with Arizona on Tuesday night.  The Dodgers have lost five of six and are now 10 games under 500.

American Homes 4 Rent Expected to Announce Earnings of $0.37 Per Share