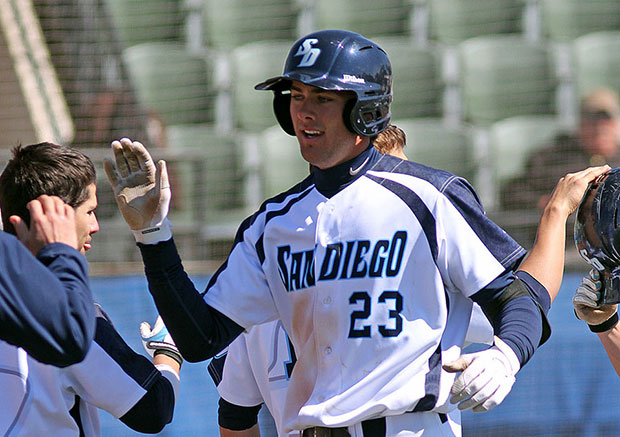 The corner infield is perhaps one of the most important regions on the diamond, both in terms of offense and defense. Defensively speaking, first basemen are not typically thought of as wielding a flashy glove, but still relied upon to make that hard scoop in the dirt and provide stability at the bag. As for third basemen, defense is an important part of their repertoire, wherein they are often expected to man the infield with a strong arm and be able to read the ball (whether it is lined, grounded, chopped, bunted, popped, or fouled out) with plus precision.

Below is a list of the top ten corner infielders available in this year’s draft, a solid variety of first basemen and third basemen, high school and college players, and big bats and crafty gloves.

Bryant has one of, if not the best power bat in this draft. Although he is a pure power hitter, Bryant has the ability to drive the ball to all fields (and out of the field for that matter). Bryant has a very strong arm at third base, but can also play outfield well and may be a good fit at first in the future.

Moran is the most polished and pure hitter in this draft. He has a strong frame that he will grow into with time, resulting in an increase in power. While boasting a plus bat and smooth offensive mechanics, Moran also possesses good skills at third base, wherein his strong arm and fielding ability should allow him to remain at third.

Peterson has risen atop draft boards this spring as he has hammered college pitching, displaying his smooth swing, pure hitting ability, and powerful bat. Peterson can play both corner infield positions well, but has primarily manned first base in college, for which he has been solid.

Smith possesses great plate discipline, a balanced swing, and decent pop, baffling opposing pitchers with his advanced, mature approach to the game. While Smith is argued to have the best pure bat in the draft, he has great defensive ability at first base, offering a great pairing of tools for interested clubs.

Jagielo not only boasts a powerful bat, but also balanced hitting ability, wherein he can hit for average and hit to all fields. He has the projection to add more power and refined ability to his offense. Jagielo has a good arm and has done a decent job at third base, wherein his offensive prowess should keep him at either corner infield position in the future.

Tellez has one of the most powerful bats in this draft and has garnered much attention this spring with his pure power. He can hit for average, drive the ball to all fields, and pull the ball with power. Tellez plays solid defense at first base and projects to stay there in the future. What makes Tellez so valued to clubs is his power from the left-side, which has been a hot commodity in recent years.

Pinder has gradually become a huge offensive threat this spring, showcasing his rather polished offensive approach. Pinder can hit to all fields and can power balls to the gap with relative ease, in that his frame will allow him to gain power with time. He is a great defender and will be a solid, all-around third baseman at the next level.

Demeritte has solid bat speed, contact, and can hit the ball to all fields. He has shown decent pop this spring and projects to garner more power with time. Demeritte has good range and fields third base with great ease, in that he should be a natural fit at third in terms of offensive and defensive ability.

Ragira possesses pure raw power, although it has not been properly showcased in Stanford’s system that prefers gap power to pure power. He has great projection to be a solid all-around hitter at the next level with plus power. Ragira provides good defense at first base and should remain there in the future due in part to his good swing and big bat.

McMahon brings a seasoned approach to the game, possessing solid plate discipline, contact, and compact swing. His strong frame will allow him to gain power to his swing in the future. McMahon possesses the fundamentals to remain at third base in the future, such as a good arm, range, and defensive intelligence.