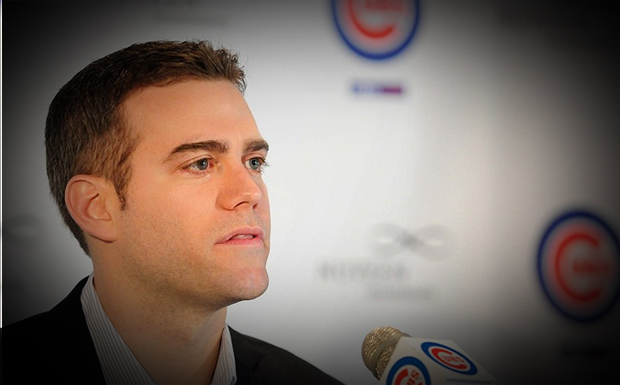 Who are the Chicago Cubs? Are they a club building for the long-term future by developing a deep farm system, or are they making a serious effort to contend in 2013 and 2014? Both answers could be correct.

President Theo Epstein locked up 22-year-old shortstop Starlin Castro. He is the centerpiece of the Cubs and joins other young core players like first baseman Anthony Rizzo, second baseman Darwin Barney and starting pitcher Jeff Samardzija. Bolstered by the draft, international free agent signings and the trade of several veterans over the last year that yielded minor league depth, the Cubs farm system features highly regarded shortstop Javier Baez (who could be moved to third base), outfielders Albert Almora and Jorge Soler and right-hander Arodys Vizcaino. 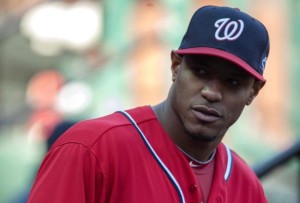 So far, the expensive Alfonso Soriano remains with the organization, slated to play left field again in 2013. He joins veteran David DeJesus and free agent signee Nate Schierholtz in the outfield, and prospect Brett Jackson could get playing time. Veteran Ian Stewart projects as the starting third baseman while Carlos Marmol is slated to serve as the closer.

Garza, Soriano, DeJesus and Marmol are seemingly likely to be traded by the July 31 deadline as Epstein and Hoyer continue to strengthen the farm system by getting promising prospects in return. Or will they be dealt? After all, Jackson was brought in, Garza and Soriano (the team’s most marketable veteran trade chips) were retained, and guys like Schierholtz and reliever Kyuji Fujikawa were signed.

Jackson, Vizcaino (who is recovering from Tommy John surgery) and third baseman Josh Vitters are prospects who could help the Cubs in 2013.  Baez, Almora and Soler are still in the low levels of the farm system and will not be ready until at least 2014 or 2015. 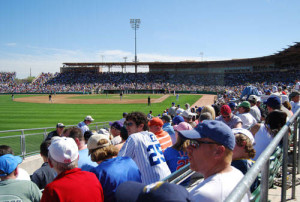 Designed by HOK Architects of Kansas City – the same firm responsible for Baltimore’s Camden Yards, Cleveland’s Jacobs Field, and Coors Field in Denver – HoHokam Park is located in Mesa and is the spring training home of the Cubs.

The Cubs have called Mesa home during spring training since 1952. The new HoHokam Park debuted in 1997. The park is located at 1235 N. Center St., between Brown and McKellips roads in northwest Mesa.

Supplemental training facilities at Fitch Park have four practice fields, one practice infield, and a new 25,000-square-foot clubhouse. Fitch Park is situated less than one mile south, at the corner of Center and 6th Streets.

Just as the seventh inning stretch is a high-profile event at Wrigley Field in Chicago, it is monumental at HoHokam Park. A fan is selected to stand on the dugout and lead the crowd in singing “Take Me Out to the Ballgame.”

Outdoor enthusiasts embrace Mesa. Amid the Sonoran Desert is Tonto National Forest, which is the fifth largest forest in the country and consists of three lakes and two rivers just outside of Mesa where visitors can partake in desert boating, rafting, kayaking and water skiing. 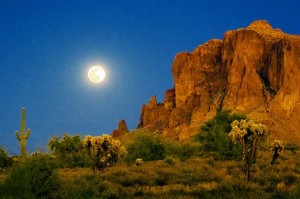 A journey down the Historic Apache Trail leads to Lost Dutchman State Park, which is one of the most storied “lost mines” of the west. Five hiking trails wind through an area that is a U.S. Forest Service designated wilderness area in the mountains.

Further along the Apache Trail is Canyon Lake, where travelers will find Canyon Lake and can take a voyage aboard the Dolly Steamboat, which is a replica of a sternwheeler. The 90-minute nature cruise or twilight dinner cruise is the perfect complement to the Apache Trail experience.

The Superstition Mountains tour also includes Apache Lake, which is surrounded by the Superstition Wilderness and Three Bar Wildlife Area. Seventeen miles long, the lake is ideal for boating, fishing and water skiing. The lake’s secluded coves and painted walls are home to javelina, big horn sheep, eagle, deer and a host of desert wildlife.

Visitors can step back in time at the Goldfield Ghost Town, which is an old mining community.  Activities include an underground mine tour, a live gunfight and a ride on Arizona’s only operating narrow gauge railroad. The town is dotted with Wild West era buildings.

Golf is another favored game in Mesa. The city features world-renowned courses that showcase views of sweeping vistas set against the natural beauty of rugged mountains and blue western skies. More than 40 golf courses are within a half-hour drive of downtown offering a variety of options from challenging desert golf to traditional links play.

Las Sendas Golf Club offers mesmerizing views of the Red Mountain and the Superstition mountain range in the Sonoran Desert. Designed by Robert Trent Jones, Jr., the course has matured into one of the most beautiful courses in Mesa.

Superstition Springs Golf Club measures more than 7,000 yards from the back tee and is a PGA Tour qualifying site rated among the Southwest’s finest golf experiences. Nestled at the base of the Superstition Mountains, the award-winning Superstition Mountain Golf Club  boasts views of the legendary mountain range and high Sonoran Desert terrain. The club is home to two Jack Nicklaus-designed courses with immaculate fairways and greens. 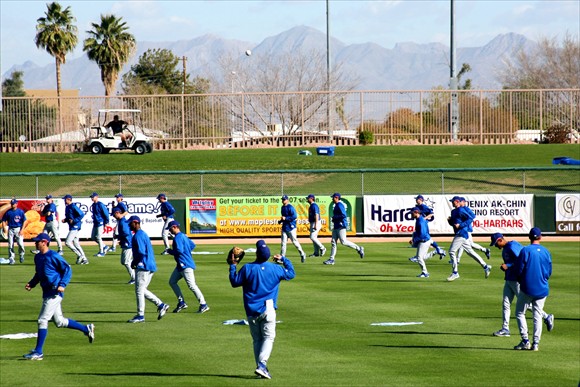 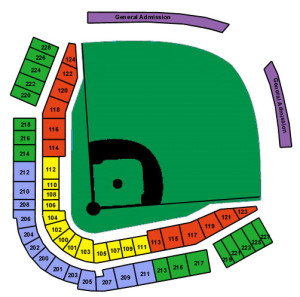