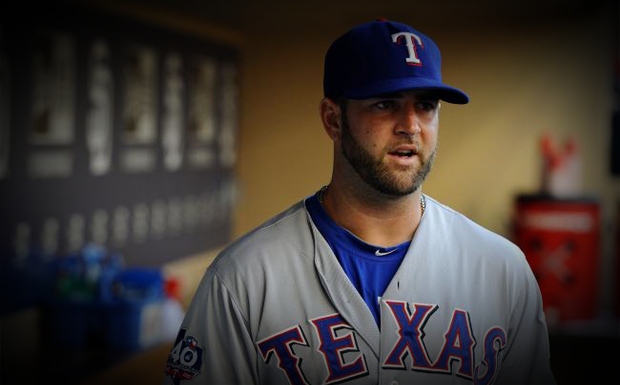 The Boston Red Sox officially announced the signing of Mike Napoli to a one-year deal worth $5 million. The incentive laden contract can reach $13 million, dependent on days spent on the active roster, and plate appearances. If Napoli is active for a minimum of 165 days in 2013, he will get the full $8 million in incentives for a total of $13 million. Napoli originally reached agreement on a three-year deal worth $39 million in early December, pending a physical.

The results of that physical revealed a condition known as avascular necrosis, the same condition that ended the career of two sport star Bo Jackson. Avascular Necrosis  is a progressive, degenerative disorder that kills bone tissue. The Red Sox sought to revise the agreement based on the injury and spent the last seven weeks negotiating with Napoli on a new agreement. Napoli was unaware of the condition prior to the physical, and obviously cost him $26 million in future salary.

“Obviously it was a pretty tough offseason,” Napoli said in a conference call Tuesday, adding that it was a “shock” to him to learn of the AVN. “But we think we’ve got it figured out. We saw a bunch of doctors, got a bunch of opinions, and went from there. I got on medication. There’s no reason I shouldn’t be healthy and ready to go for Opening Day.”

The question is not whether or not Napoli. Clearly his stats show that he can. How many games will he actually play is the concern. Although Napoli can catch, most of his playing time will come at first base, as the Red Sox will seek to protect him and his health.  Avascular Necrosis is a serious condition, but according to reports was caught at the very early stages in Napoli’s case. Treated with medication at this point, eventually Napoli may require hip replacement surgery sooner or later. If later is the case the Red Sox have themselves a bargain.