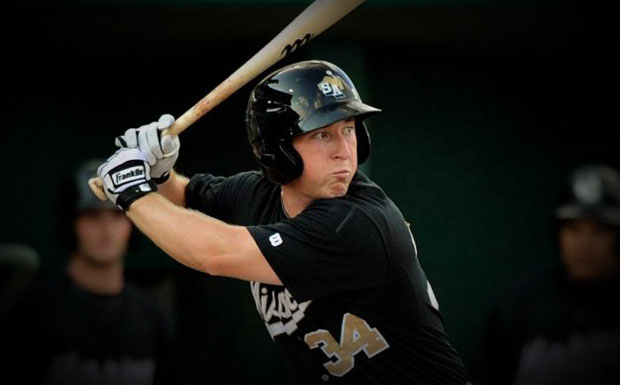 Could it be that the San Diego Padres‘ penny-pinching ways are now part of the past? Though they are not likely to even remotely resemble the current version of the Los Angeles Dodgers, the Padres do have a new ownership group, and instead of trading talented young veterans like Chase Headley and Cameron Maybin, and unloading seasoned names like Carlos Quinten and Huston Street, they have retained them. Those core players will soon be joined by a group of promising prospects.

First baseman Yonder Alonso and catcher Yasmani Grandal, both of whom the Padres obtained last offseason from Cincinnati for frontline starter Mat Latos, had encouraging debuts in 2012. Maybin and shortstop Everth Cabrera are other young names the Padres are building around. Headley and left-handed starting pitcher Clayton Richard are other key players who are under 30, and Quentin just turned 30 last August.

Here are the top 10 prospects in the Padres system entering the 2013 season:

A second round selection out of West Virginia University in 2010, 24-year-old Jedd Gyorko does not have a natural position, but he looks like he was born to hit. In three minor league seasons, he has a .319 average, a .529 slugging percentage and a .913 OPS. He batted .311 with 30 home runs and 100 RBI between Double-A and Triple-A in 2012. Gyorko appears best suited for third base, but if San Diego keeps Headley there in 2013 it might move Gyorko to second base.

Blessed with multiple tools, 21-year-old outfielder Rymer Liriano hit .280 with eight home runs, 61 RBI and 32 stolen bases between advanced Single-A and Double-A last season. He projects as a right fielder in the majors and has a strong arm.

Instead of signing with UCLA, Austin Hedges was enticed to join the Padres on an over-slot deal after he was drafted in the second round in 2011. The 20-year-old catcher is regarded as a superb defensive backstop and has power potential at the plate. He batted .279 with 10 home runs, 56 RBI and 14 stolen bases in 337 at-bats last year at Fort Wayne in the low Single-A Midwest League.

The key part of the December 2010 trade that sent Adrian Gonzalez to the Red Sox for a haul of prospects, 23-year-old right-hander Casey Kelly hoped to have a 2012 campaign that propelled him into the majors for good, but a right elbow ligament strain sidelined him. Boston’s first round pick (30th overall) in 2008 returned last summer to post a 3.35 ERA, a 0.96 WHIP and a .229 batting average against in eight starts and three levels (including rookie ball, Double-A and Triple-A. Kelly was roughed up in his Major League debut, going 2-3 with a 6.21 ERA and a 1.69 WHIP in six starts, and he will compete for a rotation spot in spring training.

The first high school pitcher selected in the 2012 draft (seventh overall), 19-year-old left-hander Max Fried is a Los Angeles native with a power fast ball and a developing curve ball and change-up.

Another left-hander, 22-year-old Robbie Erlin arrived in the Padres organization from Texas in the Mike Adams trade in 2011. He mixes three plus pitches and keeps hitters off-balance. Erlin also possesses pinpoint command. Sidelined for part of last season with elbow tendinitis, Erlin had a 2.92 ERA with 72 strikeouts in 52.1 innings at Double-A San Antonio.

The brother of newly acquired Padres pitcher Tyson Ross, 19-year-old Joe Ross was drafted in the first round (25th overall) out of high school in 2011. Featuring a mid-90s fast ball and a plus curve ball, he has frontline starter potential.

Matthew Wisler was slated to attend Ohio State University, but the Ohio native agreed to terms on an above-slot deal when he was selected in the seventh round by San Diego in 2011. He has a fast ball that ranges from the mid to high 90s, a slider, a curve ball and a change-up. Wisler impressed at low Single-A Fort Wayne last season with a 2.53 ERA, a 1.08 WHIP and a .227 opponent’s batting average.

Acquired from the Los Angeles Angels for Ernesto Frieri, 23-year-old right-hander Donn Roach has a plus sinker, splitter and curve ball, and was 11-2 with a 1.88 ERA, a 1.03 WHIP and a.219 batting average against in advanced Single-A and Double-A last year.