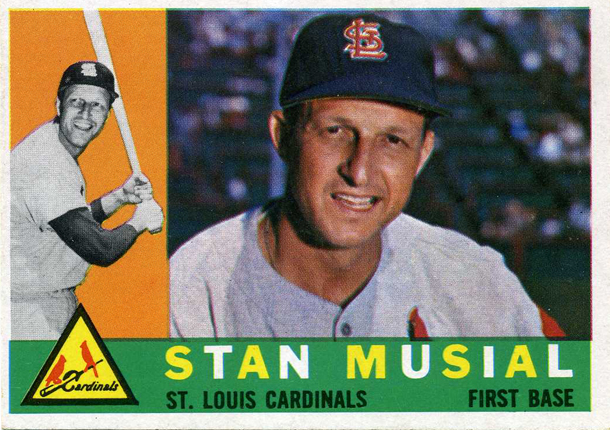 St. Louis Cardinals legend and Hall of Famer Stan Musial died quietly at age 92 and his St. Louis home under hospice care. Musial, who turned 92 in November, has been in declining health for the last several years, including being afflicted with Alzheimer’s disease.

Musial considered the greatest Cardinal of them all, played his entire 22 season career in St. Louis and is the franchise leader in virtually every category including hits with 3630. Musial played and 24 All-Star games and 17 National League batting titles. Cardinals owner Bill DeWitt Jr. released the following statement:

“We have lost the most beloved member of the Cardinals family. Stan Musial was the greatest player in Cardinals history and one of the best players in the history of baseball. “The entire Cardinals organization extends its sincere condolences to Stan’s family, including his children Richard, Gerry, Janet and Jean, as well as his eleven grandchildren and twelve great grandchildren. We join fans everywhere in mourning the loss of our dear friend and reflect on how fortunate we all are to have known ‘Stan the Man’.”

Musial finished his career with 475 home runs and he/line of 331/.417/.559. Musial was elected to the Hall of Fame in 1969 when the when BBWAA named him to 93.2 percent of their ballots. Musial was elected in his first year of eligibility, at a time when first-year election still was recognized as extra-special.