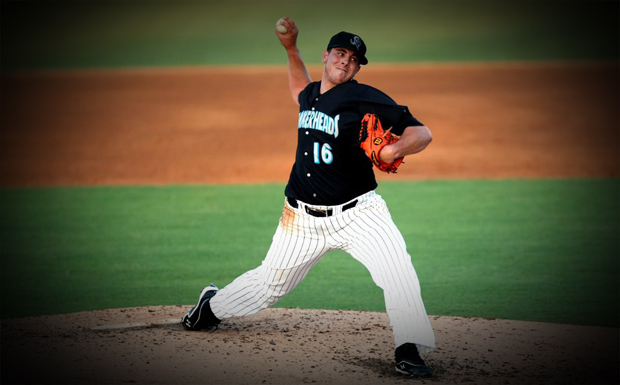 A new year has brought new (and tempered) expectations for the Miami Marlins. Last offseason, the club opened the vault and spent $191 million for names like Jose Reyes, Mark Buehrle, and Heath Bell, and South Beach expected to be the scene of raucous World Series parties in October. Instead, the Marlins struggled under first-year manager Ozzie Guillen and underwent yet another fire sale that saw all the aforementioned players along with Hanley Ramirez, Anibal Sanchez and Josh Johnson among others in new uniforms.

As spring training nears, there is a different feeling about the Marlins heading into the 2013 campaign. They are not expected to contend for a division title or even a wild card berth, but the club has assembled a cadre of young talent through the assortment of trades, including pitchers Nathan Eovaldi and Jacob Turner (who are projected to be part of the starting rotation), catcher Rob Brantly (who will likely be the opening day backstop) and shortstop Adeiny Hechavarria (who will take over for Reyes).

Giancarlo Stanton, who would fetch an abundance of top prospects if traded, wants out of Miami, but the Marlins have yet to deal him. If they do, their top prospects list will change. As for now, here are the top 10 prospects in the Marlins’ farm system:

1) Especially with the departure of Johnson, Buehrle and Sanchez, Jose Fernandez could be on the fast track to Miami. A first round pick (14th overall) in 2011, the power right-hander has a 97 m.p.h. fast ball along with a plus slider and a developing change-up. Between low Single-A and advanced Single-A last season, he was 14-1 with a 1.75 ERA, a 0.93 WHIP and a .191 opponent’s batting average. He struck out 158 batters in 134 innings and allowed just 89 hits.

2) Like Fernandez, 21-year-old Christian Yelich can benefit from the fire sale with a clearer path to the majors. The left-handed hitter has an advanced approach at the plate and can hit for average. He has yet to demonstrate prodigious power, but 15 to 20 home runs a season is possible. last year, at advanced Single-A Jupiter, he batted .330 with a .928 OPS, 12 home runs, 48 RBI and 20 stolen bases in 397 at-bats.

3) A key part of the package shipped to Miami from Toronto in the 12-player trade between the Marlins and Blue Jays last November, Jake Marisnick is a superb defensive outfielder with the capability to showcase five tools. The 21-year-old Marisnick’s offensive numbers were average between advanced Single-A Dunedin and Double-A New Hampshire in the Blue Jays system, but with his potential to hit for average and power, along with his speed on the basepaths and his range and throwing arm in the outfield, he has a high ceiling that could lead him to Miami as early as 2014.

4) Justin Nicolino was another valuable piece in the blockbuster trade. The 21-year-old left-hander was Toronto’s second round pick in 2010 and features a plus fast ball, curve ball and change-up. He thrived at low Single-A Lansing last season (2.46 ERA, 1.07 WHIP, .241 batting average against) and he projects as a middle of the rotation starter in the majors.

5) Summoned from Triple-A New Orleans following a brief stint there after he was traded to Miami from Detroit in the Anibal Sanchez transaction, Rob Brantly hit .290 with a .832 OPS in 100 at-bats. The 23-year-old catcher has a strong and accurate arm, and he continues to develop his defensive skills behind the plate.

6) Slated as the Marlins starting shortstop in 2013, 23-year-old Adeiny Hechavarria is an exceptional defensive shortstop who arrived in the trade with the Blue Jays. He gained Major League experience last season, hitting .254 in 126 at-bats with Toronto after batting .312 with six home runs and 63 RBI at Triple-A Las Vegas.

7) Miami’s first round pick (ninth overall) out of Oklahoma State last summer, left-hander Andrew Heaney possesses three pitches, including a low 90s fast ball, and he throws them with solid command. He has durability, and his curve ball is hit premium offering.

9) A 21-year-old right-handed hitting catcher selected in the third round out of high school in 2010, Jake Realmuto is a converted shortstop who is still raw behind the plate, but he has athleticism and a strong arm, so the Marlins are high on his future. He runs well, and swiped 13 bases last year at advanced Single-A Jupiter. Realmuto has power potential as well.

10) Drafted in the second round out of Washington State University in 2011, 22-year-old left-hander Adam Conley has a fast ball, change-up and slider, and he throws strikes.