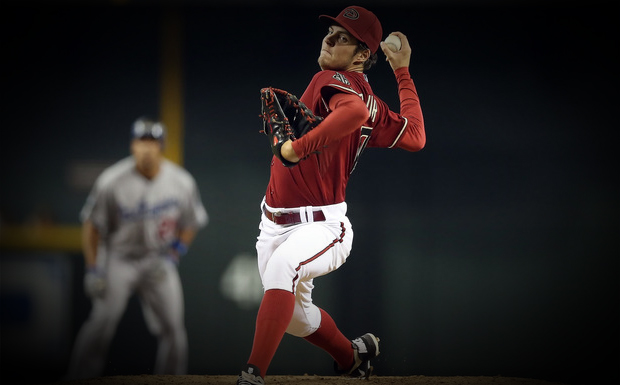 Guided by new skipper Terry Francona, the Cleveland Indians will have a different look in 2013, partially because of a trade that netted the club highly regarded starting pitching prospect Trevor Bauer. Gone are veterans Grady Sizemore and Travis Hafner, whose careers have been interrupted by injuries which significantly decreased their impact. The Tribe also shipped free agent-to-be Shin-Soo Choo to Cincinnati in the three-team transaction that brought back center fielder Drew Stubbs from the Reds and Bauer from the Diamondbacks.

The 21-year-old Bauer, who was ranked ninth on the Baseball News Source Top 10 Prospects List for 2013, tops a list of Indians top prospects that also includes likely shortstop of the future Francisco Lindor and his potential double play mate Tony Wolters.

The Indians have not fully committed to a youth movement as they signed Nick Swisher (right field) and Mark Reynolds (first base) to bolster the lineup and Brett Myers to join a rotation that also features Justin Masterson and Ubaldo Jimenez. Yet general manager Mark Shapiro will have homegrown names like Lonnie Chisenhall at third, Asdrubal Cabrera at shortstop, Jason Kipnis at second, Carlos Santana at catcher and Michael Brantley in left field.

Here are the top 10 prospects in the Indians farm system entering the 2013 campaign:

The third overall pick by Arizona in the 2011 draft out of high school, Bauer has an unusual delivery that is reminiscent of Tim Lincecum, which has some scouts doubting his durability. The 21-year-old right-hander, who was 12-2 with a 2.42 ERA between Double-A and Triple-A in the Diamondbacks system last year and also made his Major League debut (1-2, 6.06 ERA, 1.65 WHIP in six starts), will compete with Carlos Carrasco for the No. 5 spot in Cleveland’s rotation.

Selected eighth overall by Cleveland out of high school in 2011, Lindor is a switch-hitter who can hit for average and power, and he boasts exceptional range and a strong arm on defense. The 19-year-old Lindor appears on the fast track to the majors, which will allow the Indians to trade Cabrera, who is due $10 million in 2014 before becoming eligible for free agency. Lindor could be Major League ready by next offseason, just in time for Cleveland to find a taker for Cabrera and add more depth and talent to the farm system with the haul of prospects in return.

Given a $1.1 million bonus when he signed as an international free agent out of the Dominican Republic in 2011, the athletic Paulino is just 18 and spent last season in rookie ball and a short stint in the New York-Penn League at 17. He batted .355 with a 1.015 OPS in the Arizona League last season before his promotion to Mahoning Valley in the NYPL. Paulino has power potential, and he is a plus defensive shortstop, but he could be moved to second base or third base because of Lindor.

Yes, another shortstop amid the group of top prospects in the Indians system. The 20-year-old Dominican Republic native also saw time at second base last year and even played one game at third. He possesses power, speed and a strong arm, so like Paulino he has versatility. In 2012, he belted 19 home runs at advanced Single-A Carolina.

A first round pick out of Texas A&M in 2012, the 21-year-old Naquin has a left-handed bat that produces line drives to all sides of the diamond. He boasts a strong arm and extensive range, so he can play center field long term. Naquin doesn’t have the power generally attributed to a corner outfielder.

A second round pick out of high school in 2012, Brown has a fast ball, a cutter, a curve ball and a change-up in his arsenal. He made eight starts in the Arizona League last year, holding opponents to a .208 average and posting a 3.58 ERA and a 1.08 WHIP.

A third round pick out of high school in 2011, the 20-year-old Wolters skipped low Single-A last year and posted respectable numbers at advanced Single-A Carolina in the Carolina League. He hit .260 with 30 doubles and eight triples. A smart base runner, Wolters has average speed. Though he has a strong arm, his range might not be enough to keep him at shortstop and could necessitate a move to second base.

The 25-year-old Barnes struck out 67 in 52 innings at Triple-A Columbus last year and logged a 4.26 ERA in 16 games with the Indians. Acquired from San Francisco for Ryan Garko in 2009, he features a fast ball, slider and change-up – all of which he throws for strikes.

A potential leadoff hitter at the Major League level if his development continues, the 20-year-old Rodriguez is a plus defensive center fielder and disruptive on the basepaths with his speed. At low Single-A Lake County in 2012, he batted .268, belted 11 home runs and swiped 24 bases in 463 at-bats.

The switch-hitting Ramirez is yet another of Cleveland’s plethora of exciting middle infield prospects. The Dominican Republic native is ideally suited for second base since he has impressive range and soft hands but an average arm. He has speed and hits for average, as his .354 mark at Lake County in the Midwest League last season indicates.