Hall of Fame: Does Barry Bonds Deserve Vote From BBWAA? 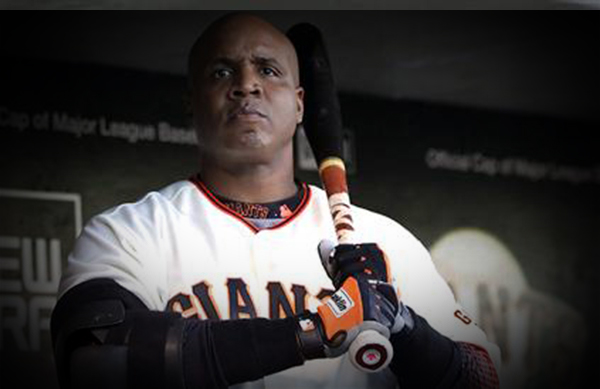 Major League Baseball pitchers and catchers do not report to camp for another month, but today brings baseball into the forefront of baseball news.

It’s the day that the Baseball Writers’ Association of America (BBWAA) decides who should – or should not – be honored with an induction into the Hall of Fame.

It is also the day where these writers, most of whom would not be added to the 40-man/woman roster of a co-ed softball league in North Dakota, get a chance to make fools of themselves.

This is a column devoted to the San Francisco Giants, so let’s talk about THE candidate on this year’s HOF ballot.

The man who should be considered the greatest player ever to play during the so-called “Steroid Era,” Barry Bonds.

To see Bonds play baseball was to see a larger-than-life figure go on to the field day after day and perform as if he were the only player on the field.  On the road, people would buy tickets just to BOO him, a true sign of greatness.

He was booed during warmups, when line-ups were announced, in left field and when he came to the plate.  Each and every day this would happen and each and every day he would perform at a newer, higher level.

In San Francisco, he was a beloved figure that could do no wrong.  Fans felt fortunate to have him on their squad and in their city.

Pitchers and managers feared him.  One swing of his mighty bat could determine the outcome of a game.  That is, when he GOT the chance to swing the bat.  Every year he would break his own record for being intentionally walked.

The theory was, if you don’t PITCH to him, he couldn’t beat you.  Buck Showalter – then of the Arizona Diamondbacks –  intentionally walked Bonds with the bases loaded, two outs in the ninth inning, and the Diamondbacks clinging to a two-run lead.

Bonds’ walk gave the Giants a run, but that was all the Giants could muster and they lost by one run in that game.  The most successful move of the game was a move never before seen.  A tribute to the greatness that is Barry Bonds.

In the Giants’ first-ever trip to visit Yankee Stadium for Interleague Play, Bonds was intentionally and unintentionally walked four times in one game.  (For the record, I was AT that game and actually bought a Bonds T-shirt … IN YANKEE STADIUM!!!)

This was at the House That Ruth Built featuring the Mighty Yankees.  I don’t recall Ruth ever being intentionally walked, but in those days you even pitched to the great ones.

In the next game played, Bonds actually got a pitch to hit and he smacked it into the right field bleachers.

Which brings us to today’s Hall of Fame vote.  There is a better-than-average chance that Bonds will not come CLOSE to being elected into the Hall.  In addition to the steroid allegations, writers feel that Bonds was a jerk.

And there may be no denying that.  He did walk around as if he owned the baseball diamond, but for good reason … HE DID.  But, alas, there were no cutesy interviews after a game or the humility shown by “class acts” of the game.

Writers were an annoyance to Bonds and unfortunately it is those writers that vote on who goes into the Hall.

It is quite well known that there are a bunch of very bad people in the Hall of Fame.  In the early days, there were the drunks.  Not only were they drunks, but those players weren’t even playing against the best players of the day.Those players were relegated to the Negro League.

In the 80s it was commonplace to see players try and snort the first base line during the cocaine and speed era.

Hall of Famer Wade Boggs is an admitted, ahem, “sex addict.”  Writers did not see a problem with this.

Now in the “Steroid Era,” the one player prosecutors tried to “get” was Barry Lamar Bonds, the Home-Run King.  And it didn’t matter how many other players they had to crucify in order to get the Tony Montana of Steroids, Bonds.

One by one, players fell:  Mark McGwire, Rafael Palmeiro, and Sammy Sosa, among others.

What did Bonds get convicted of?  Obstruction of Justice.  And even THAT is being appealed.

Think what you will, there has been no actual proof of Bonds using Performance Enhancing Drugs (PED).

Yet in the sanctimonious court of opinion held by baseball writers, he’s guilty of everything and anything having to do with PED’s and quite possibly the reason our country almost went off the Fiscal Cliff.

In fact, wasn’t Bonds great even BEFORE there were PED’s?  Yes he was.

Sure, Bonds is twice the size he was when he was 19 and coming up in baseball, but so is a majority of America!

The mind-set of the BBWAA should be summed up by one of baseball’s greats AND all-around nice guy, Mike Schmidt, he of Philadelphia Phillies and third-base greatness.

During an interview with Bob Costas’ on his show “Costas Now” in 2005, Schmidt said:  “Let me go out on a limb and say that if I had played during that era I would have taken steroids.

We all have these things we deal with in life, and I’m surely not going to sit here and tell you guys, `I wouldn’t have done that.’”

You are correct, Mr. Schmidt.  Right or wrong – in fact, just wrong – athletes will do just nearly anything to elevate their game.

They are an elite bunch, not your run-of-the-mill average Joe’s.  PED’s are certainly wrong to do, but it is the pressure of fans, peers and inflated egos that steer players toward these drugs.

A pure game would be pure bliss, but it is not the direction our society is going and these athletes will certainly be paying a price for doing PED’s with the greatest gifts they were ever given:  Talent and Health.

So, Dear Writers, when you turn in your ballots today, do not leave off Barry Bonds.

Don’t leave him off just so you have some mindless fodder to write for the next few months.

Bonds may not have been a great ambassador of the game or a super interview subject, but at times he WAS the game of baseball.