Who is Going to Close for the Houston Astros? 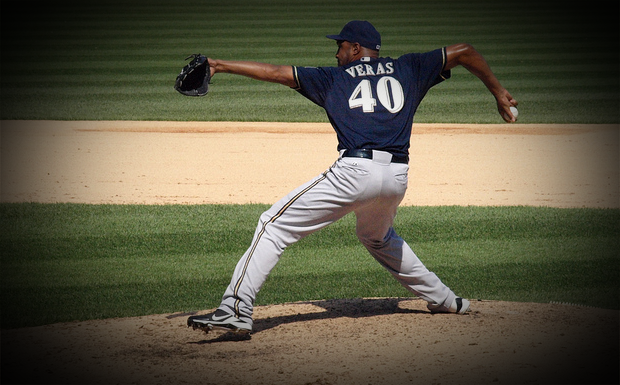 The Houston Astros are in complete rebuilding mode, as they should be.

The hope is obviously to build a stocked farm system, and compete in a few years–but only time will tell if their acquired/drafted talent is worth the wait.

That’s just the risk of starting from the ground up.

However, with the dismantling of a team comes consequences. One of the most noticeable aspects of the players list above is that five of them have closed games for the Astros.

To-date, the current Astros roster features no reliever with much closing experience. In fact, the top two candidates are tied for the most 2012 saves (just 1 a piece).

Assuming the Astros are finished addressing their bullpen this off-season, there are just four inexperienced closing candidates going into 2013.

Wright was actually one of the few bright spots in the Astros 2012 bullpen. Aside from the dominant and now ex-Astro, Wilton Lopez, Wright was arguably the team’s second best relief pitcher in 2012.

That said, only his fastball (4.2 RAA) and slider (2.1 RAA) registered positive runs-above average.

Regardless, it’s hard to hate on a reliever with two plus pitches, and another two serviceable ones. The 27 year-old lefty is easily the Astros best option to close going into 2013, but that doesn’t necessarily mean he’s a lock pre-season.

Veras appears to be Wright’s only main competition, as the Astros included “games finished” in his recent one-year, $2 million free-agent contract.

Veras, who is 32, will now be playing for his sixth team in six years. While “amount teams played for in a given period” is hardly a reason dismiss talent, Veras has more or less been the same pitcher for his entire career–a hard-throwing righty with a below-average fastball (in terms of RAA), a very good curveball (career 23.2 RAA), and bad control (career 4.9 BB/9).

Even with his high strikeout totals (career 9.4 K/9), his lack of control and pitch repertoire make him better suited as a 7th inning option than a game-ender.

Perhaps the Astros are just hoping for a good-half as closer, and pawn him off for a mid-level prospect.

Like Veras, Rodriguez has averages about 94 MPH on the gun and has bad control (career 4.8 BB/9), but unlike his closer-competition, it’s better than league average (4.8 RAA).

Despite having a four-pitch repertoire, apparently Rodriguez can only fool hitters with his fastball, as his cutter (0.3 RAA), curveball (-4.4 RAA), and change-up (-3.5 RAA) don’t pass the muster.

The 28 year-old righty was slightly better than his stats showed in 2012 (5.37 ERA vs. 4.23 xFIP), but he still has too many control and pitch effectiveness issues to be a serious closing candidate in 2013.

Demel is the “dark horse” candidate of the bunch.

He might have the least Major League success (and only pitched 1 inning at the level last season), but the 27 year-old righty also has 44 career saves in the Minors, and enjoyed a solid season in Triple-A last season, posting a 4.07 ERA, 1.23 WHIP, and 3.41 K/BB.

Demel would have to exhibit a pretty dominant Spring Training to beat out the above three, but since the Astros haven’t handed the closing job to anyone, even Sam Demel could run away with it.