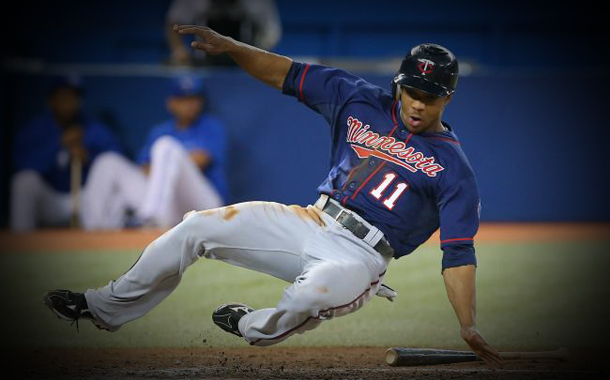 The Philadelphia Phillies were somewhere they are not accustomed last October, sitting at home. For the first time since 2006, the Phillies did not make the postseason, finishing the 2012 season with at .500 with an 81-81 record.

In that time span, the Phillies appeared in back to back World Series, winning one of them and capturing five division titles en route to National League East dominance.

But as we know, all good things must come to an end and last season for the Phillies was that end, or was it?

At the trade deadline in 2012, the Phillies decided to make some moves in an attempt to get payroll flexibility.

The team traded away outfielders Shane Victorino and Hunter Pence, essentially giving up on the 2012 season with an eye towards upgrading the positions heading into 2013.

So far this offseason, the Phillies have made a couple significant moves, upgrading their centerfield spot and adding a veteran presence in the infield.

The Phillies sent right handed started Vance Worley and pitching prospect Trevor May to the Minnesota Twins in exchange for their speedy, young outfielder Ben Revere.

Worley has been a very reliable starter for the Phillies over the last two seasons, as he posted a 3.50 ERA and a 7.7 k/9 ratio over that span. Worley had minor surgery on his elbow in September, but is expected to be recovered in time for spring training.

With three perennial Cy-Young candidates in their rotation and a back end starter in Kyle Kendrick, Philadelphia had the luxury of trading away Worley. The Phillies clearly needed an infusion of youth in the outfield and that is exactly what they got in Revere.

Revere, 24, will be asked to immediately take over the centerfield duties for this team in 2012. Revere will not be Josh Hamilton or even Shane Victorino, but he can absolutely help this Phillies team in his own way.

Revere hit .294 with 40 stolen bases and six triples last season to go along with stellar defense. In 121 games, mostly in right and center field, Revere did not commit an error and registered six assists.

Revere will be relied upon track down fly balls, get on base and score runs.

The other big move the Phillies have made to this point this offseason was acquiring long-time Texas Ranger infielder Michael Young. The Phillies sent major league pitcher Josh Lindblom and minor-league pitcher Lisalverto Bonilla to the Rangers for Young.

Young, 36, will primarily play third base for the Phillies. Third base was a revolving door in 2012, as Ty Wigginton, Kevin Frandsen and Placido Polanco all ineffectively shared time there.

Wigginton has moved onto the St.Louis Cardinals, Polanco has been released, while Frandsen will be returning for another season with the Phillies.

Young, a seven-time All Star, will be given an opportunity to play the same position every day for the first time since 2010 when he played primarily at third base.

With Young’s addition, the Phillies have solidified their corner infield position, along with someone who can add leadership and veteran presence on and off the field.

Although the Phillies have brought in Revere and Young, GM Ruben Amaro, Jr still has payroll room to make more moves.

The Phillies have clear needs for a right handed power hitting corner outfielder and a starting pitcher.

With Josh Hamilton signing with the Angels, the market for proven outfielders is shrinking for the Phillies.

Nick Swisher, Cody Ross and Scott Hairston are all free agents that have been tossed around as possible targets for Amaro, Jr.

Names such as Alfonso Soriano, Michael Cuddyer and Garrett Jones have also been linked to trade possibilities this offseason, but not specifically with the Phillies to this point.

If no further moves were made, the Phillies would be forced to go with platoon situations in both corners with Domonic Brown, Laynce Nix, Darin Ruf and John Mayberry Jr.