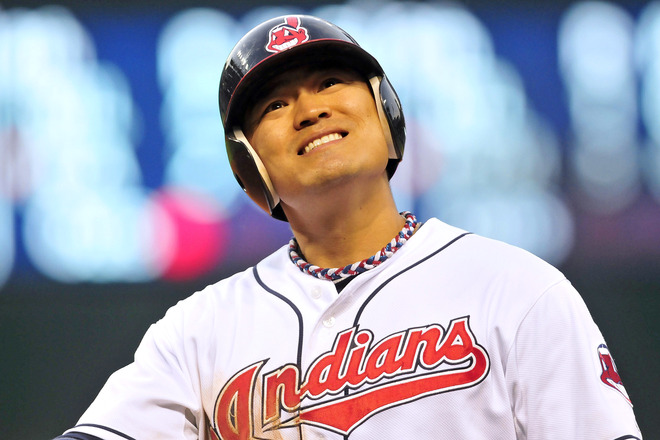 Choo will play in Cincinnati in 2013

The Cleveland Indians agreed to send right fielder Shin-Soo Choo and infielder Jason Donald to the Cincinnati Reds for center fielder Drew Stubbs as part of a three team deal that included the Arizona Diamondbacks.

The Indians will send the Reds approximately $3.5 million to account for the differences in the projected salaries of Stubbs and Choo.

Cincinnati has been searching for a lead-off hitter and Choo had a .389 on-base percentage in 98 games in which he let off last season with Cleveland.

Choo will become a free agent after the 2013 season and is represented by agent Scott Boras, and reportedly wants to test the open market according to Boras.

Arizona got the shortstop they have been seeking and reportedly wanted Gregorious instead of veteran Asdrubal Cabrera.

Entering the 2012 season baseball America ranked him the number eight prospect in the Reds farm system.

Anderson was traded to Cleveland from Boston last season to make room for prospect Will Middlebrooks and has struggled in his MLB career hitting .167 with four RBI and 56 plate appearances.

Bauer was the third overall selection by Arizona in the 2011 Draft and should immediately be  inserted into the Cleveland rotation.

Upton off the Market ?

The deal, according to Diamondbacks general manager Kevin Towers, likely means that outfielder Justin Upton will remain in Arizona, now that the Diamondbacks have filled their needs from other teams.

Upton has been the subject of trade rumors since last summer with the Rangers said to be in hot pursuit of the young slugger.

Josh Hamilton could now become the focus of the Rangers again.