Josh Hamilton and Yankees Not a Match in 2013 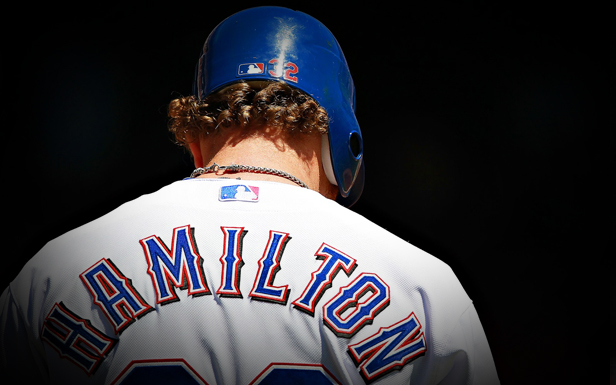 Editors Note : This is part oneof a series on the New York Yankees plans for 2013 and 2014, You can read part two here

When you read about the Yankees being a dark horse team or being “in” on guys like Josh Hamilton, the only logical thing to do is brush that rumor aside.

It’s realistic the Yankees, after re-signing their own players in Andy Pettitte, Hiroki Kuroda and Mariano Rivera, will do nothing but continue to make small signings and nothing beyond a one year commitment.

This is an ALCS team who will hope for better health, more depth and a farm system to rebound from a catastrophic season in order to improve.

It is not the Yankees of yesteryear much like it is not the Los Angeles Dodgers of present.

The Dodgers, at this juncture, are now the New York Yankees

They are recklessly spending, with a minimal farm system, looking to put a championship contender on the field and stopping at no costs to sign any star it can.

As of the Zack Greinke signing, the Dodgers have raised payroll by $100 million dollars, nearly doubling it from Opening Day a season ago.

Will every other fanbase share the same jealous and hypocritical vitriol it has enjoyed at the expense of the Yankees over the past 20 years?

That remains to be seen, but one thing is for sure, Los Angeles, at this point in time, has a payroll higher than the Yankees by nearly $35 million dollars if the season were to start today.

Of course, New York is still likely to absorb two more salaries to bridge the gap to an Alex Rodriguez return at third base and in the form of a starting right fielder.

Either way this role reversal only makes sense if both teams have a plan.

For the Dodgers, it’s a new ownership group combining a market correction and trying to rebuild its brand.

For the Yankees, it’s to avoid significant taxes.

Now the only question remaining is, how will the Yankees pull it off?

We will start with 2013. Let’s get hypothetical. Say Kevin Youkilis accepts his one year, 12 million dollar offer we know is out there for him and Ichiro eventually returns to play right field (or someone like him).

Say the two combine for $20 million dollars in 2013. Then say, as has been preached, the Yankees make a trade for someone like Mike Morse and give up a player like Ivan Nova, using David Phelps internally to fill his shoes.

Say the whole thing comes out to around $25 million dollars more in 2013 commitment, bringing the Yankees in around $195 million total, a 14 or so million dollar payroll cut from the beginning of 2012.

Guys like David Adams and Ronnier Mustelier may factor in as well, at a MLB minimum purchased contract.

Guys like Morse, Chris Dickerson and Melky Mesa may factor in here as well.

Though it’s unrealistic the Yankees go with two light-hitting outfielders and three lefties, it’s also unrealistic there are many better choices for a one year deal in right field (potentially Cody Ross) and Granderson’s 40 home run potential more than compensates for the other two outfielders.

It also seems more logical New York will simply hold onto Granderson in a walk year since his trade market is foggy at best unless the Bronx Bombers are out of it by the trade deadline.

If this is the approach the Yankees are taking, it’s hard to argue with it. Signing little bit pieces like Eric Chavez or average deals like Russell Martin‘s aren’t going to make or break them and it’s apparent it will take something major to lock up Cano, who would be the one bat you would want to build around in a major market.

It seems Cashman is more likely to commit a lot of money through trade as he continues to take in draft picks, re-sign his own players and stay out of long-term commitments.

New York seems poised to start testing its players from its own system, at the very least in bench roles as Brian Cashman is likely starting to realize that’s the only way to reach his financial goals.

That means if you hear about the Yankees “in” on guys like Hamilton, or any other major name still out there, it’s extremely unlikely to happen.

That’s just not the way the Yankees operate anymore. In my next post we will try to make sense of the Yankees plans into 2014