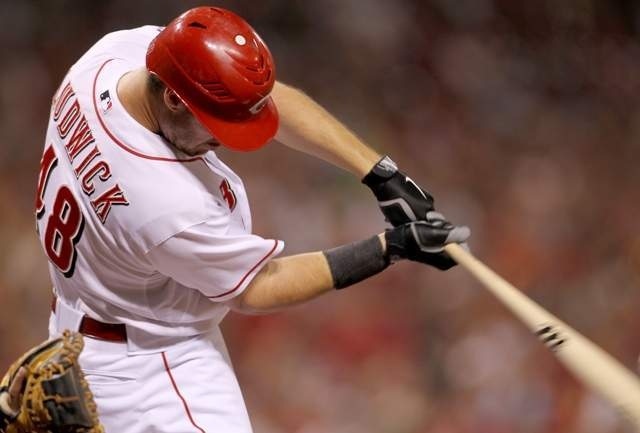 Still in need of a center fielder who can lead off, the Cincinnati Reds at least filled one void on Friday. According to according to Jon Heyman of CBSSports.com, outfielder Ryan Ludwick has agreed to a new deal with the reigning National League Central champions.

Last offseason, Ludwick inked a one-year, $2 million deal with a mutual $5 million option for 2013. The right-handed hitter, who was a second round pick of the Oakland A’s in 1999, declined his part of the option earlier this offseason.

The Reds reportedly made Ludwick a two-year offer earlier in the week.

As long as Ludwick passes his physical and the deal is finalized, he will rejoin an outfield that currently includes Jay Bruce in right field and Drew Stubbs in center field. Stubbs will likely open the season as a fourth outfielder; however, since the Reds want a difference-making center fielder who can occupy the leadoff spot.

A trade with Colorado for Dexter Fowler is a possibility. Troy Renck of the Denver Post speculated on Thursday that a deal for Fowler could include Reds starting pitcher Mike Leake and at least two prospects.

Cincinnati could have another transaction in the works as Danny Knobler of CBSSports.com reported on Friday that the Rays are attempting to get Reds catching prospect Devin Mesoraco in a three-way trade.