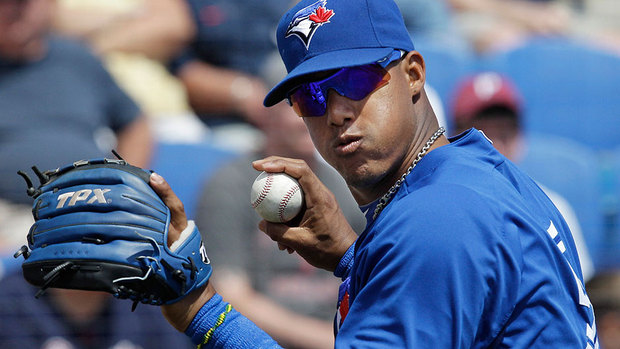 Tampa Bay gets a shortstop and the Marlins dump more salary

News that the deal was close was first reported by Danny Knobler of CBS Sports, and confiremed later by Marc Topkin of the Tampa Bay Times. Escobar was acquired by the Marlins as part of last month’s blockbuster trade with the Blue Jays and will arrive in Tampa Bay having never played a game for the Marlins.

Escobar made news this summer and was suspended three games by the Blue Jays for displaying an unacceptable message on his eye black.

Escobar will likely become the everyday shortstop for the Rays with Ben Zobrist sliding over to second base.

The Rays used a number of shortstops in 2012 including Elliot Johnson, John Rodriguez, and Zobrist.

The Rays drafted him in the second round in 2010.

He is expected to eventually move to third base, giving the Marlins yet another potential third baseman with some power.