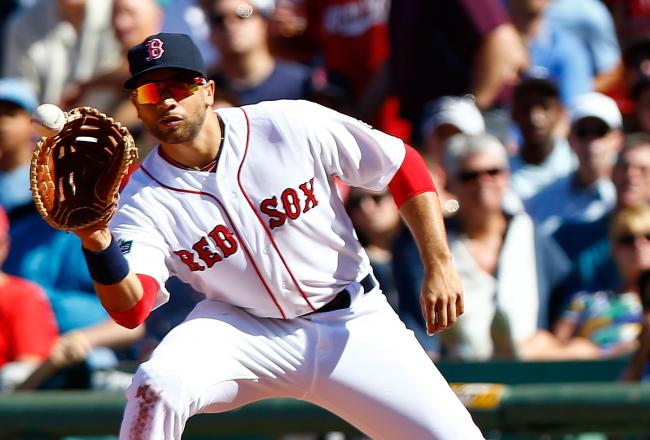 Rays to sign Loney, and trading pitching for hitting is still a possibility

Late last night as we discussed our MLB Winter Meeting previews we said free agent first-base James Loney projected as good fit for Tampa Bay. We have now learned that the Rays and Loney have reached an agreement him on a one-year deal worth $2 million.

Loney can earn an additional $1 million in incentives.

Loney was part of the Red Sox and Dodgers mega-deal last summer that said Adrian Gonzalez, Josh Beckett, and Carl Crawford to Los Angeles. Loney hit .249/.293/.336 with six homers for the Red Sox and the Dodgers in 2012.

For now Loney becomes the replacement for Carlos Pena, but the Rays may not be content with first base just yet.

Loney is solid defensively, something that the Rays covet,  and may become the left-handed part of a first base platoon this season.

The Rays continue to generate speculation about trading pitching for hitting. Jim Bowden of ESPN reported that the Rays and Nationals were involved in talks for second baseman Danny Espinosa and first baseman/outfielder Mike Morse. James Shields or Jeremy Hellickson would be the most likely targets for Washington.

You are going to hear a lot of trade speculation and rumors this week folks about the Rays. Keep this in mind. The Rays are not often the source of media leaks about their intentions.