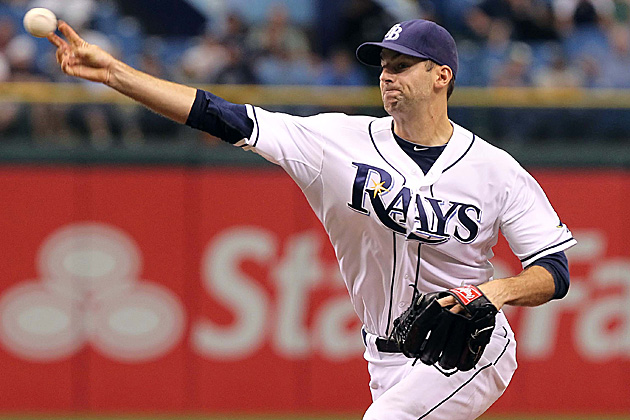 Badenhop returns to the National League with the Brewers

Badenhop pitched to a 3.03 ERA and 42/12 K/BB ratio over 62 1/3 innings out the Rays’ bullpen this past season. Known as a ground ball pitcher Badenhop gave up six home runs while pitching for Tampa Bay in 2012, after surrendering just one with the Miami Marlins in 2011. It’s

The Rays acquired him from the Miami Marlins on Dec. 12, 2011 in exchange for minor league catcher Jake Jefferies.

Mondesi did not rank among the Brewers top 30 prospects this past season.

Mondesi, Jr. signed as a 17-year-old free agent in 2010 and has yet to advance beyond the rookie-league level.