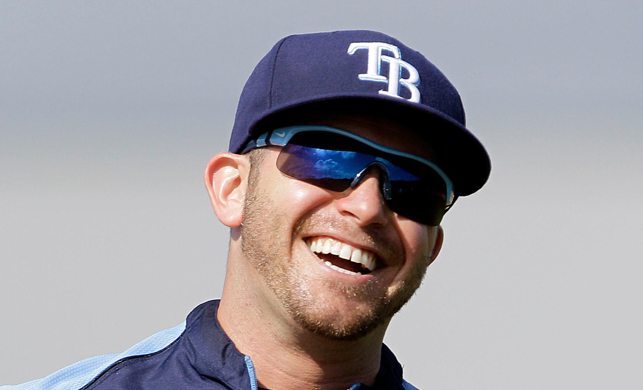 Lonogria has 100 million new reasons to be all smiles

The Tampa Bay Rays made a significant investment in the team and the community when it was announced today that Evan Longoria agreed to a contract extension that will give the All-Star third baseman six additional years through the 2022 season for an additional $100 million.

Longoria was drafted in 2006 by the Rays with the third overall pick in the first round. Longoria is 27 and is entering what should be the prime of his career.

“We drafted Evan in 2006 with the belief that he and the organization would grow with each other and together accomplish great things,” said Rays Principal Owner Stuart Sternberg. “That is why the Rays and Evan signed a long-term contract in 2008, and it is why we are extending our commitments today. Evan has clearly become a cornerstone player and a fixture in our organization. We are proud of what we have accomplished these past seven years, and I expect the best is yet to come.”

Rays executive VP of baseball operations Andrew Friedman said it made sense for the team to sign Longoria for the next decade and agreed.

“Evan has all of the attributes we seek in a player,” Friedman said in a statement released by the team. “His determination and work ethic inspire others around him.  He is devoted to his craft and strives to improve himself every year, and he defines success in terms of team performance and achievement.  It’s exciting to know that Evan will be manning third base for the Rays for many years to come.”

The move marks a significant change in philosophy for the Rays who have historically signed players early in their careers, but allow them to pursue free agency later. Carl Crawford left the team after 2010 season, and center fielder B.J. Upton is expected to sign with a new team this week.

David Price would be the next likely candidate to receive an extension from the team. Price won the 2012 American League Cy Young Award,

Comparing QDM International and Its Rivals