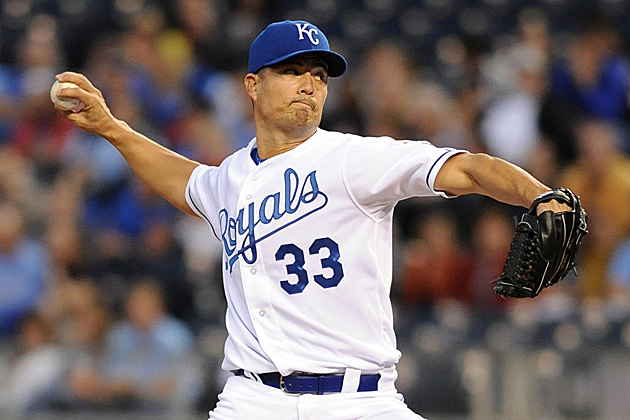 Guthrie turned around his season and his value in Kansas City

Jeremy Guthrie was traded  from the Baltimore Orioles to the Colorado Rockies last off-season for Jason Hammel and Matt Lindstrom, where he compiled 91 innings of work and a 6.35 ERA, that included a .324 opponents batting average.

The Rockies in an effort to recoup some of their losses then traded him to the Kansas City Royals for Jonathan Sanchez in a proverbial ” hope they change of scenery does him good” kind of trade. It worked out for Guthrie, not so much for Sanchez.

Guthrie then started 12 games for Kansas City and pitch to a 3.16 ERA. That was good enough to earn Guthrie, 34 a three-year $25 million deal with the Royals. Guthrie reportedly was looking for a three-year deal worth $34 million and apparently settled for $25 million from the Royals.

Guthrie is a middle of the rotation, innings eater type of pitcher and has a career ERA of 4.21. In today’s economy that’s worth $25 million. Late last month the Royals traded for Los Angeles Angels starter Ervin Santana in hopes of bolstering their starting rotation which also includes  Luke Hochevar, Bruce Chen and Luis Mendoza.