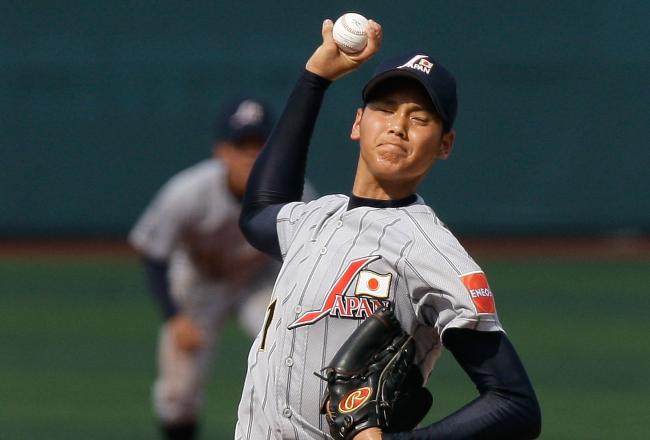 The Nippon-Ham Fighters made  Shohei Otani the number one pick in Japan’s Nippon Professional Baseball draft. However, Otani restated his desire to sign with a major league baseball team and continue his career in the United States.

Otani, an 18-year-old Japanese high school right-hander, has stated publicly both before and after the NPB draft that his desire is to sign directly with an MLB team. according to Baseball America, just as an MLB draft pick in the U.S. is free to sign with a Japanese team instead, Otani could choose to decline an offer from the Fighters and join an MLB club, and he doesn’t have to wait to make a decision.

Meanwhile fellow countryman and right-hander Shintaro Fujinami, was drafted by the Hashin Tigers and indications are he will start his professional career in Japan.  Many scouts believe Fujinami is the country’s top high school prospect.

The Boston Red Sox, Los Angeles Dodgers, and Texas Rangers are known to have interest in Otani.